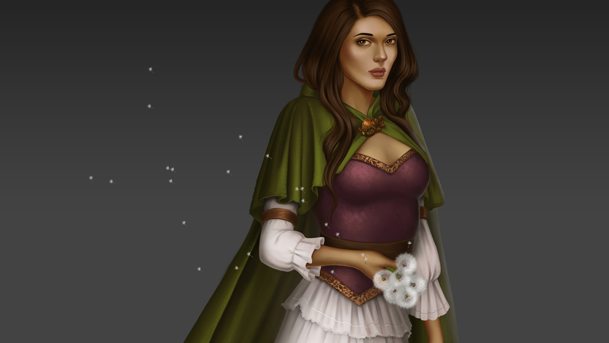 Howdy folks!  It’s been a couple of months since we had the opportunity to work with Barnswallow.  Last time around, she gave us an awesome look at a character we’ve yet to debut, but is very in-tune with nature.  Today we’re showing off one of our other characters who gets along well with flora, just to keep it in theme.  Here’s Barnswallow’s take on Aaron Canton’s character Jadie Rivers:

So, as is usually the case with Barnswallow’s work, she started us off with a sketch. 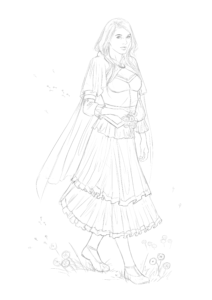 Now, usually the pieces that we see that include Jadie include vines.  This piece by Barnswallow was a nice breath of fresh air that only showed off some dandelions instead.  The outfit looks nice too! 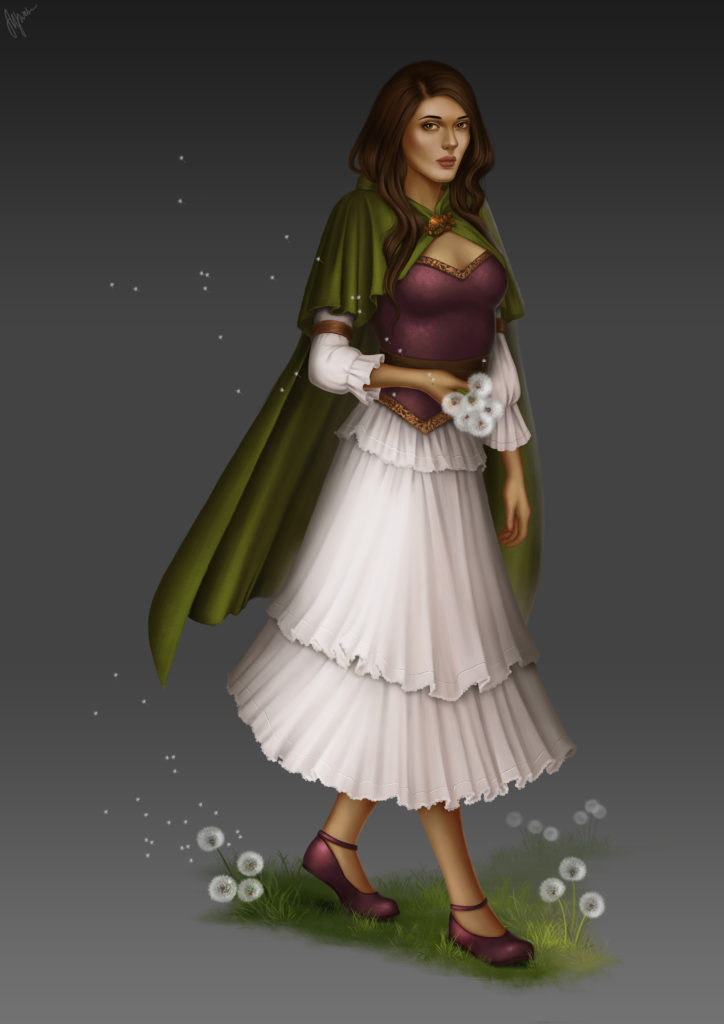 Here you can see the full piece.  Jadie looks a little older here than we’ve seen her, and she has a look of someone who has seen more of the world, but ultimately, you get the idea that she’s still confident enough to stroll through the wilderness in her dress and cape.  This thief has got plenty more adventurers left in her!

We’ll be back with more Barnswallow goodness soon.  Keep an eye out!