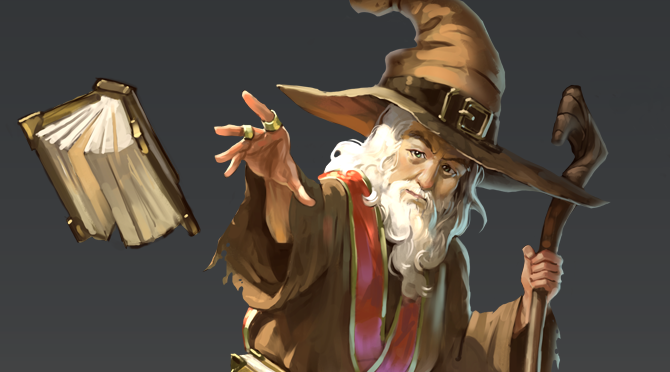 The renowned sage, Gaston Camlann, has been one of the longest running characters in my series.  He’s mentioned in The Bindings of Fate, and I used his name in a few “about Tellest” articles because I needed an in-universe scholar to talk about various things, like the world, the Strain, and so forth.

When we first brought him into the limelight, in Mageborn, he became one of our favorite characters.  He speaks to the world almost as if he’s outside of it.  In a lot of ways, I feel as though he’s an extension of me.  Gaston has all the right qualities you’d want in a person, but he’s still somewhat flawed.  Think of him as your grandfather all those times you made him mad.  He doesn’t want to get angry, but sometimes you see it!

In any case, we had a few instances of Gaston already on display thanks to our “generic” short story panel that you see from time to time.  But when we asked Hozure to give us a version of Gaston that belonged entirely to him, he didn’t disappoint us.

We had a lot of interesting poses presented to us, each with their own sense of whimsy.  But one of them stood out more than the others, because it also had more of a sense of Gaston than the others.

Here, you can see Gaston with one of his favorite things: his books. As much a scholar as a sage, Gaston’s love of knowledge and wisdom is a base thing for him.  It’s what makes him tick.  It felt like it would have been a lost opportunity not to feature him moving those old words around like that!

As things moved around, and lightning was implemented, our spectacular sage jumped off the screen even more.  Everything about him seems scraped right out of the back of my mind. 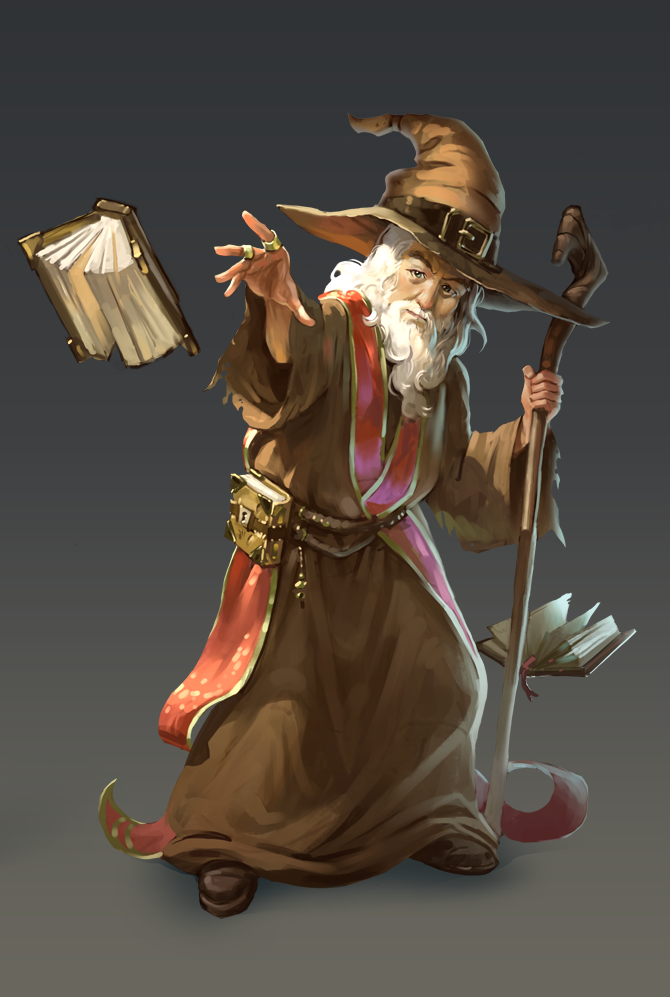 And here you have our final look at Gaston Camlann.  As we said before, Hozure did a magnificent job of capturing this incredible arcanist, giving him a delightful feel and sense.  This isn’t the last you’ll see of Gaston.  Keep your eyes peeled in the weeks and months to come as we reveal more characters in this great fantasy world!