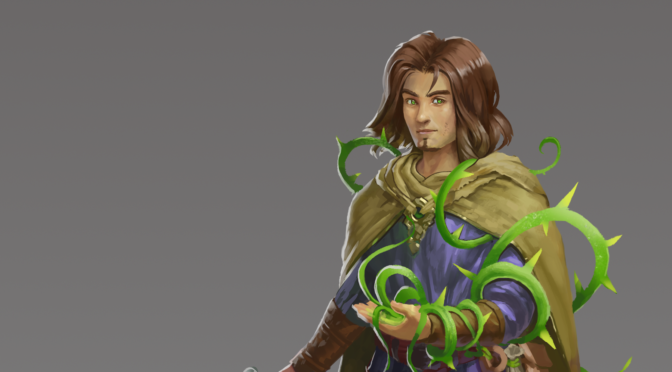 Hey folks!  We’ve got another look at a classic character today. Eclipse has been a part of the Tellest universe since As Darkness Falls, but that second book hasn’t had a lot shown off for it yet. We’ve focused on some big characters (Venathryn, Narallyndra, Zoe and Retrus to name a few), but most of the character art we’ve seen thus far comes from Bindings and the Tales of Tellest series books.

We got Hozure involved to do a pretty cool take on our favorite ranger from the Spirit Woods though.  Check it out:

You’ll see a lot of green in there.  We knew we wanted to focus on the strain that Eclipse has.  He can control fauna in some pretty cool ways, making brambles burst from the ground, causing trees to sway, and even coercing vines to do his bidding. 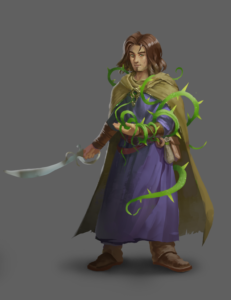 Here you can see that we opted to go with a more reserved look.  He wields a saber here (just a plain one—not his soul saber, Twilight). It’s almost as if he’s daring you to mess with him. 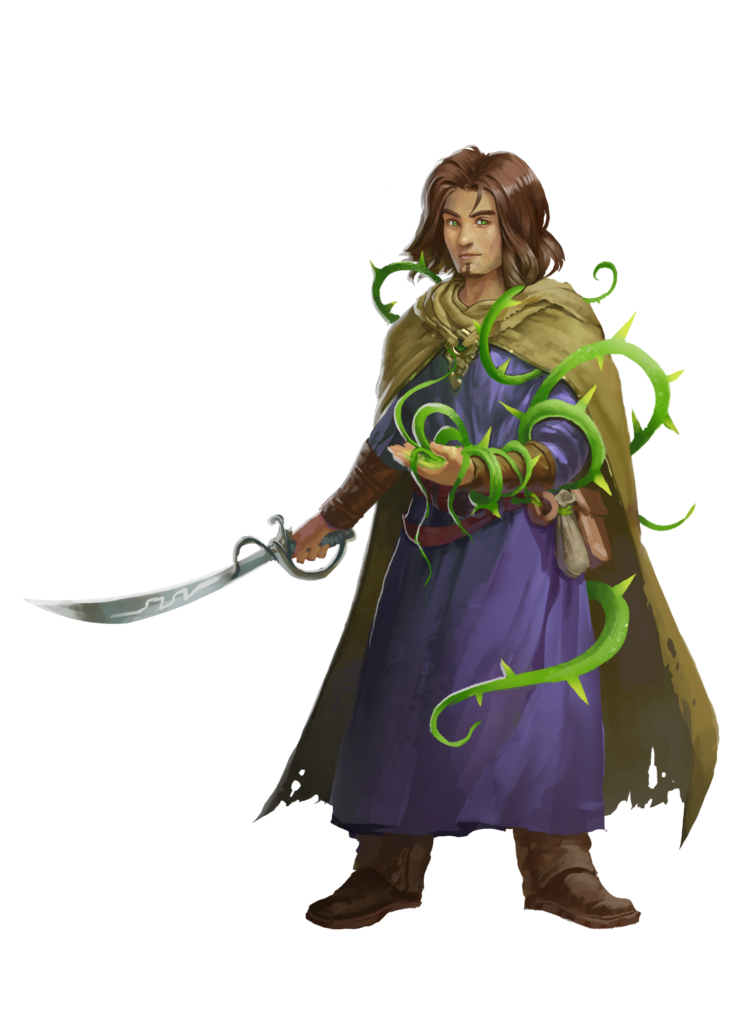 The follow-up adds a little more color and shading, and the texture comes into place a little bit more.  It’s hard to cover yourself in thorny vines without damaging your cloak!

And here you have the final look at this awesome character.  There’s a lot more shine here, and the shadow makes him pop a bit more.

We’ve got tons more coming from Hozure in the weeks and months to come, so keep your eyes peeled!