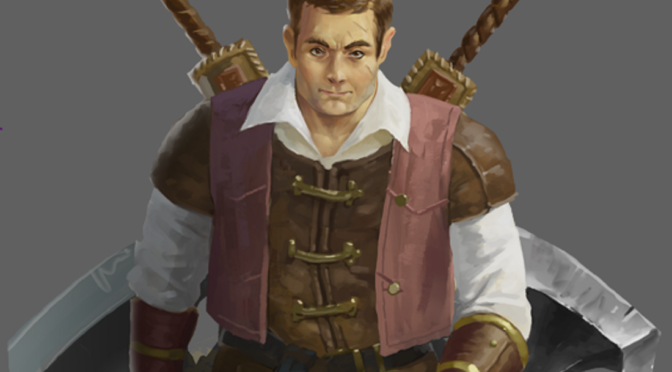 It’s the start of a brand new year, and we think that it’s going to be the biggest one yet for Tellest.  We’ve got a card game on the horizon, a big stop at Philadelphia Comic Con and at least four new books releasing this year.

One of the things that makes us look forward to our future, though, is the strong connections we’ve made in the past.  We’ve made incredible alliances with brilliant writers and artists over the time that we’ve evolved, and it’s time to show off some of the fruits of those labors.

We’re going to start off art in 2017 with Hozure’s awesome take on David Garus.  David is a mountain of a man with a pretty cool power: projectiles bounce off of his skin harmlessly, no matter the size.  Of course, that doesn’t quite help him against huge catapult volleys that crush the ground he’s standing on, but surviving that is still a pretty cool bonus!

Hozure started us off with a set of sketches.  David’s pretty impressive in that he dual wields a set of battle axes.  He’s tough enough to do so, and talented enough to keep his foes at a distance with those weapons. 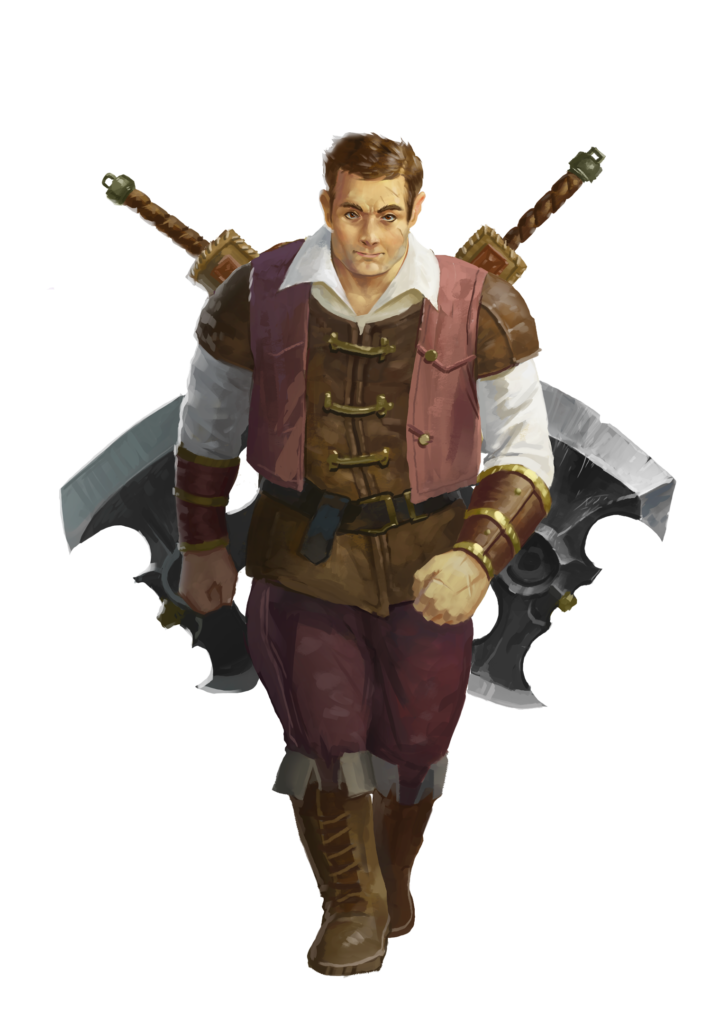 Things are even more impressive with this follow-up image.  I love how casually David strolls forward, as if ready to taunt a score of archers into firing off their arrows at him. 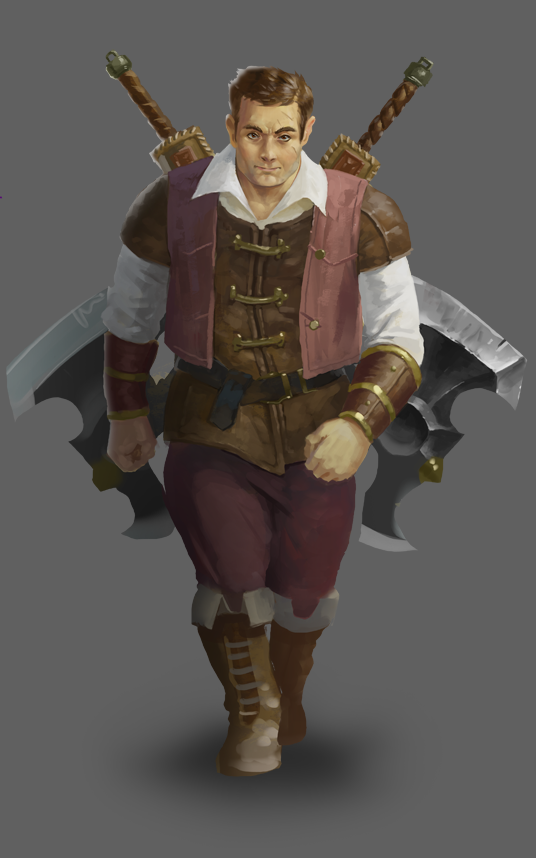 Thanks to Hozure for making our first big art release in 2017 an impressive one.  He did a great job, and we can’t wait to show off more of our awesome lineup of art over the next 50 weeks!