Hey folks.  We’ve been doing a run of Quantum Quest characters over the past several weeks.  This is a very special one that we have for you today.  Eric Barnum has been a longtime supporter of Tellest and Quantum Quest, and he let us bring his character, Dar Tania, to life in the game.  She’s an essential part of his world, The Forsaken Isles.  If you’ve been following us on this site for a long while, you’ve likely seen his books gracing the sidebars and the banners.  He’s one of the most diligent authors we’ve had the privilege of working with, and the fact that he let us bring Dar Tania into our dangerous dungeon was such a cool opportunity.  Let’s take a look at how Hozure captured her look. 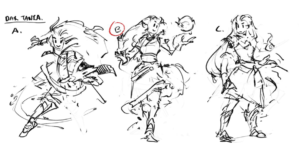 So the first thing we did, as normal, was pick a pose for Dar Tania.  This pose that we ended up picking changed a little bit as we went, but it still ended up looking fantastic. 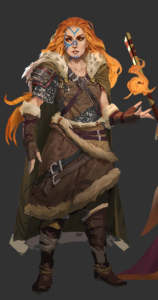 Dar Tania’s most notable physical features are her flaming hair, and her cool blue facial inks.  She’s the human representative for a dragon, so it stands to reason that she should look absolutely badass. 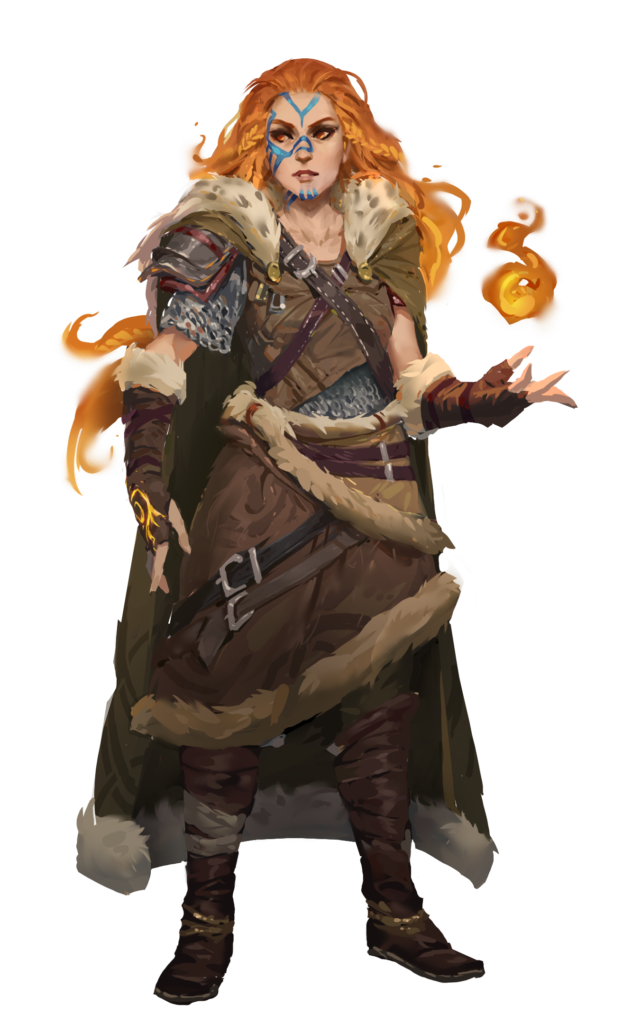 Here you can see everything a lot more clearly.  She’s got that cold, barbarian-esque outfit here that has a lot of personality to it, so that was really cool to see. 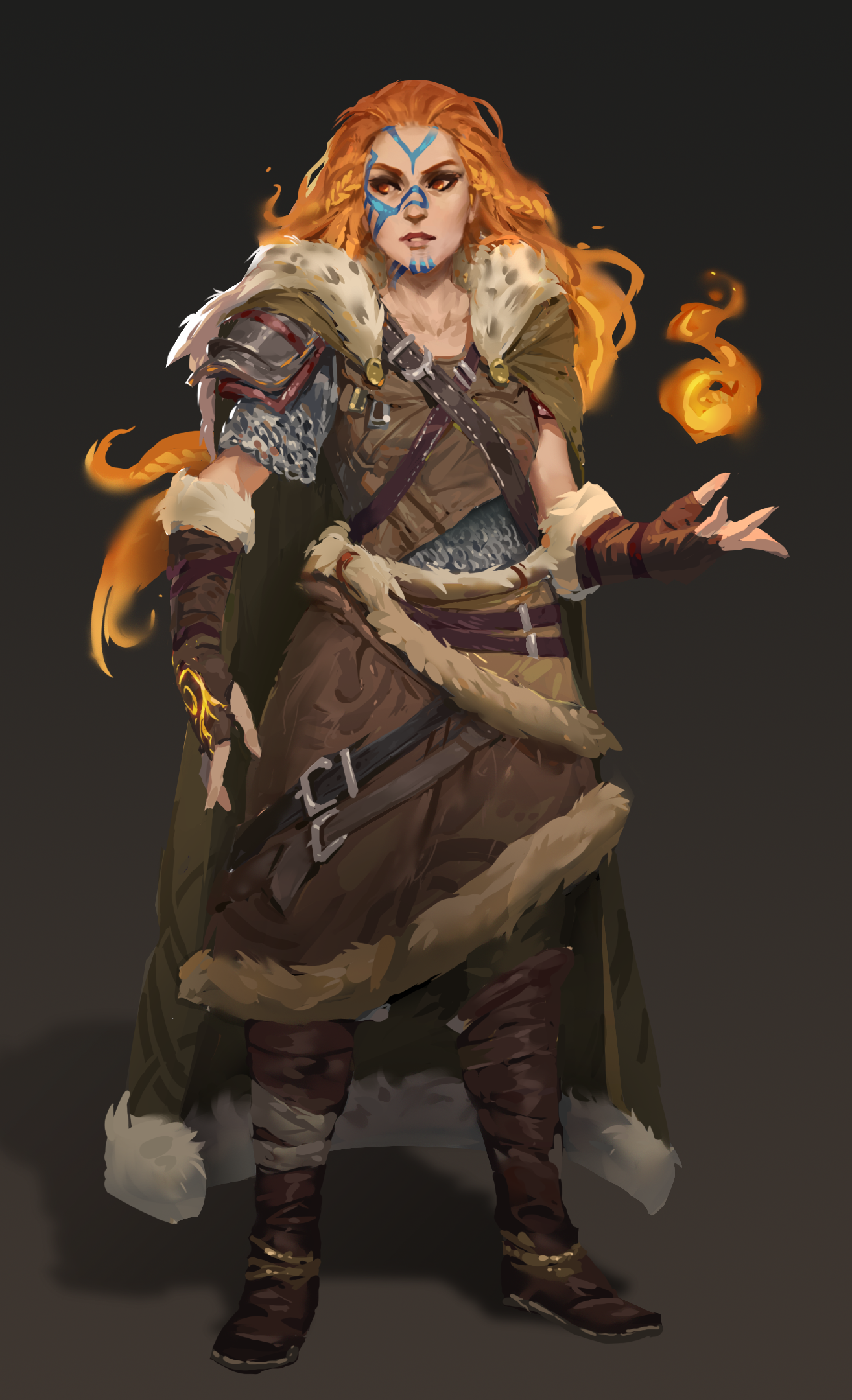 Dar Tania in all her glory.  I may be a little biased, but I think this is one of the best looks at her.  Hozure did an amazing job.  Thank you once again to Eric Barnum for all he’s done to help us out, from Kickstarting us, to lending one of the faces of his world to our game, to helping us provide work for our artists!

If you want to see more art from The Forsaken Isles, including that of Dar Tania, head over to Barnum’s site now.