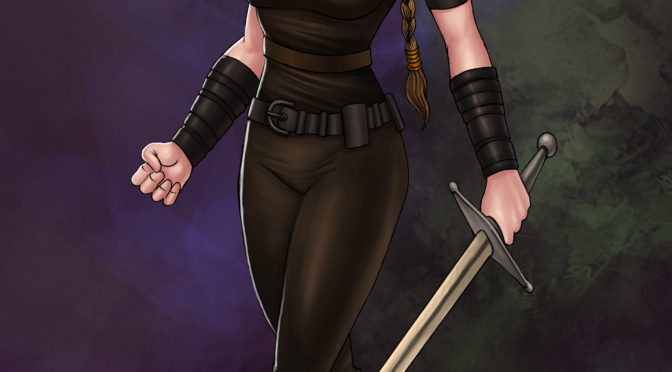 Hello folks.  Last week, we showed off a character that hasn’t had his time to shine yet (along with his faithful dog).  This week, we’re going to show off a character who has appeared in the books, but isn’t going to follow her intended path.  It’ll be a quick one, but interesting nonetheless. 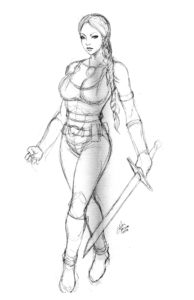 Calypso was one of the combatants in the huge coliseum arc of Bindings, and she also showed up in the subsequent books as a defender of her city, along with her husband.  The plan at the time was going to be to have her ultimately find Alicia’s discarded pendant, and we were going to explore what that would mean. The planned sequels to the original trilogy are no longer going to happen—at least, not in this reality! 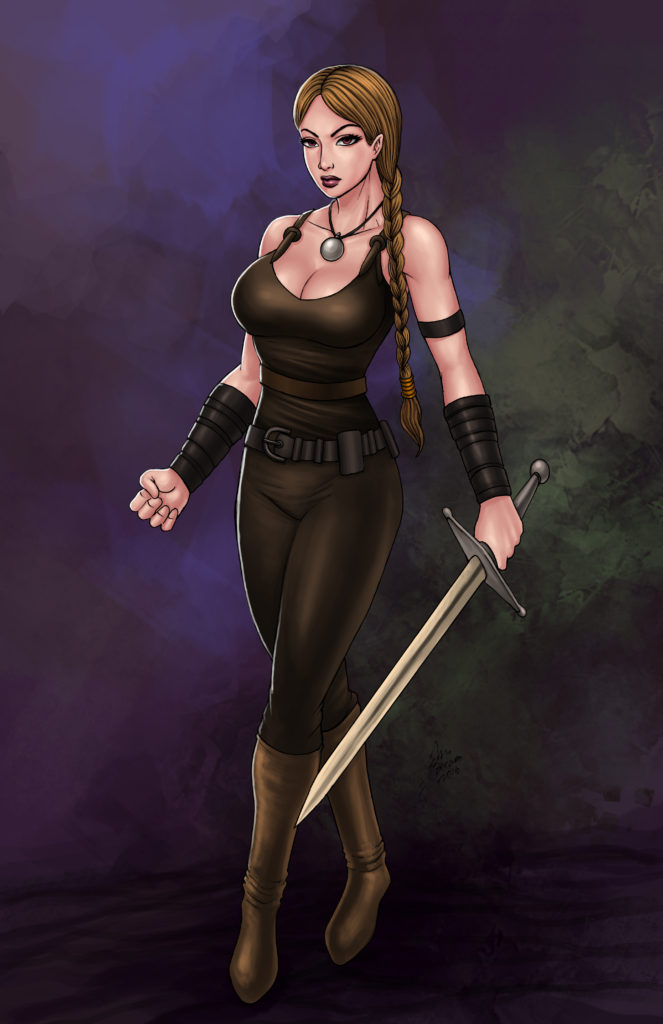 As we rejigger the series and Calypso’s part in it, we’re forced to ask ourselves how she’ll be able to fit into everything.  Calypso was never meant to be one of our AAA characters, but as we push more toward a world where every person plays their part, perhaps she can still play an interesting enough role to catch some attention.

Thanks to John Becaro for his take on this character!