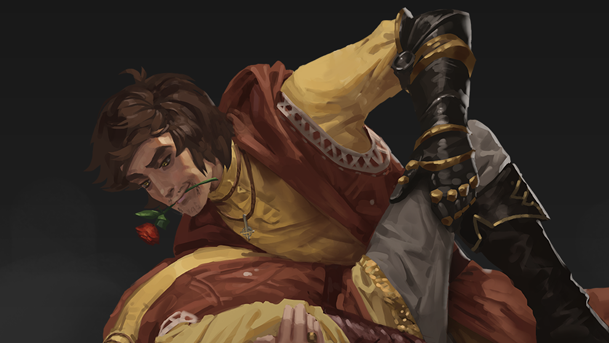 How crazy is it that we have a character who was introduced in an April Fool’s joke post who then went on to star in two short stories?  Bixby Alladocious is one of our favorite characters.  He’s so off the wall and he’s able to put down some really deep roots in the Tellest universe.  When we had the opportunity to get some more art done up for him, we jumped at it.  Here’s Hozure’s take on this quirky character.

As always, we start with some poses.  In the case of Bixby, we wanted to see him with one of his poor, unfortunate bodies.  If you recall, Bixby has the ability to reconstitute his soul into a physical form after he dies—but he doesn’t lose his old body when he comes back.  A little bit of craziness ensues. 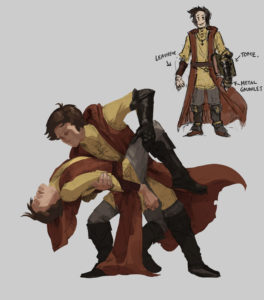 We opted to go with the version where he was dancing with his own body.  It just felt right.  Hozure showed us the outfit choice and everything here as well. 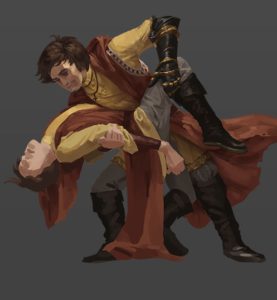 A little more detail was put in place here.  The different lighting and texture effects really make it pop. 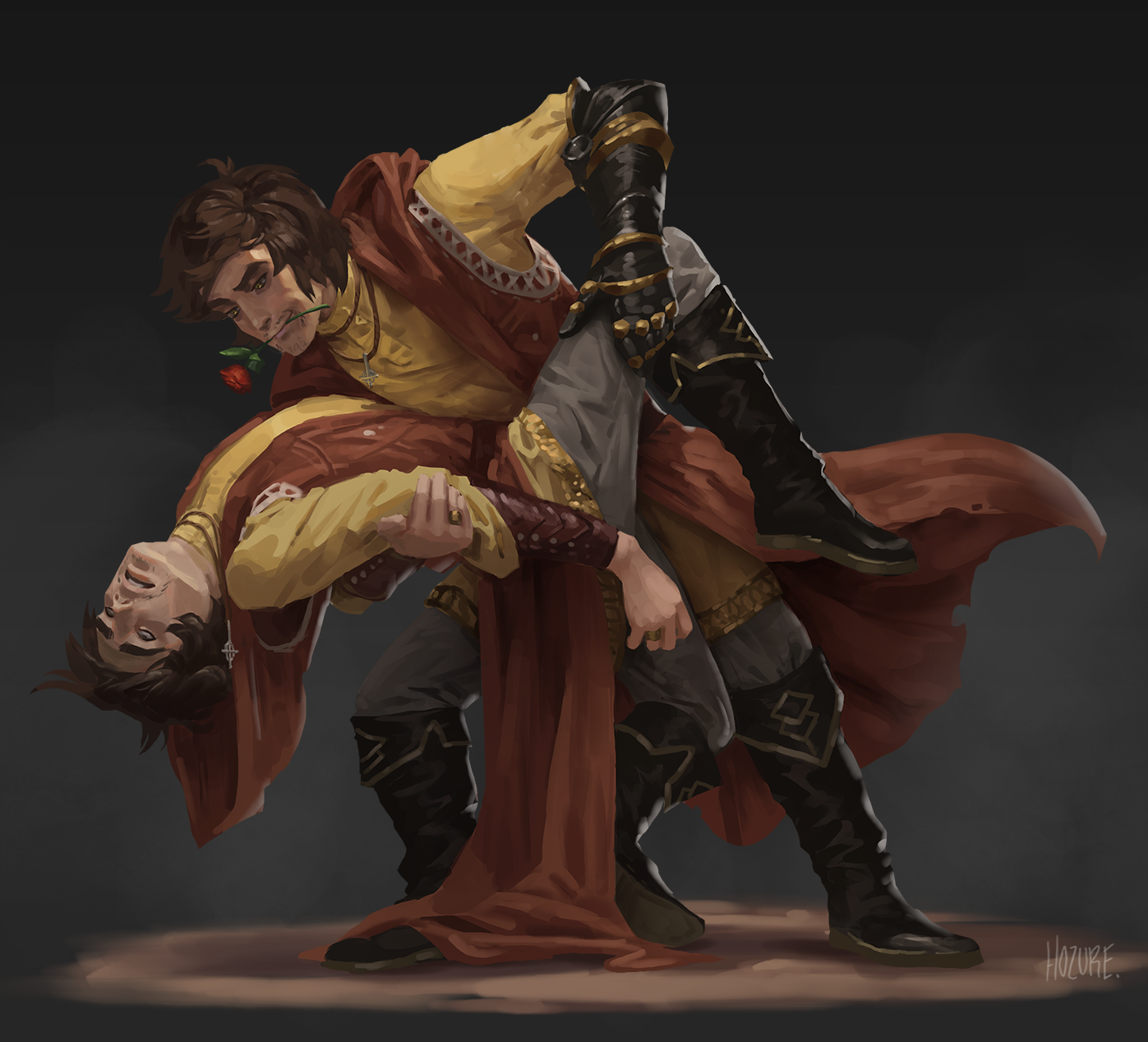 I think the flower really seals the deal.  This tango is one of the funniest things I’ve seen, and I’m so glad that Hozure understands just how ludicrous and weird our death-defying hero truly is!