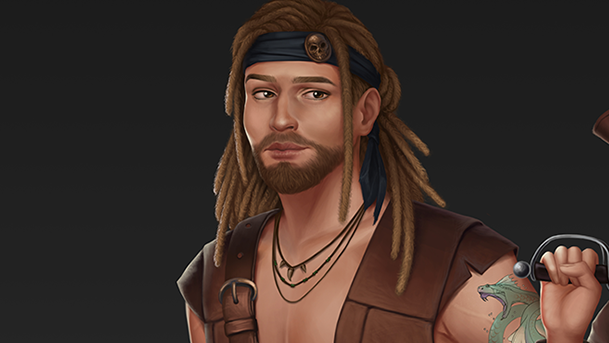 Well hello there folks!  Did you know that it has been over a year since our captain has had her first mate?  Way back in May of last year, I showed you Catelyn Angmar, a wily captain of a seafaring vessel, and I talked about her first mate Basta, but never had the chance to show him off.  That all changes now! 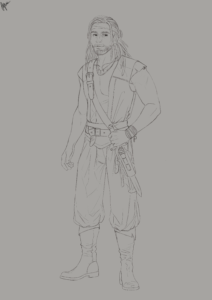 Basta has a little bit more mystery to him than this, but we’ll let that come out at a later point when we can really show you what makes him pop.  For now though, know that he is an agile, quick-thinking sailor that is more than willing to back up his captain, who just so happens to be his lover as well. 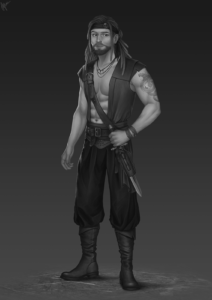 While Basta’s secret is a little more important to keep—depending on how you look at it—he’s usually the one front and center, always making sure that things are working smoothly on the ship.  The rest of the crew loves him, and they listen to him when he gives them orders.  But if anyone looked at him funny…

Here we have our awesome first mate in all his glory.  I’m excited to introduce people to him in the next book in the Heart of the Forest series.  And since he and Catelyn come as a pair… 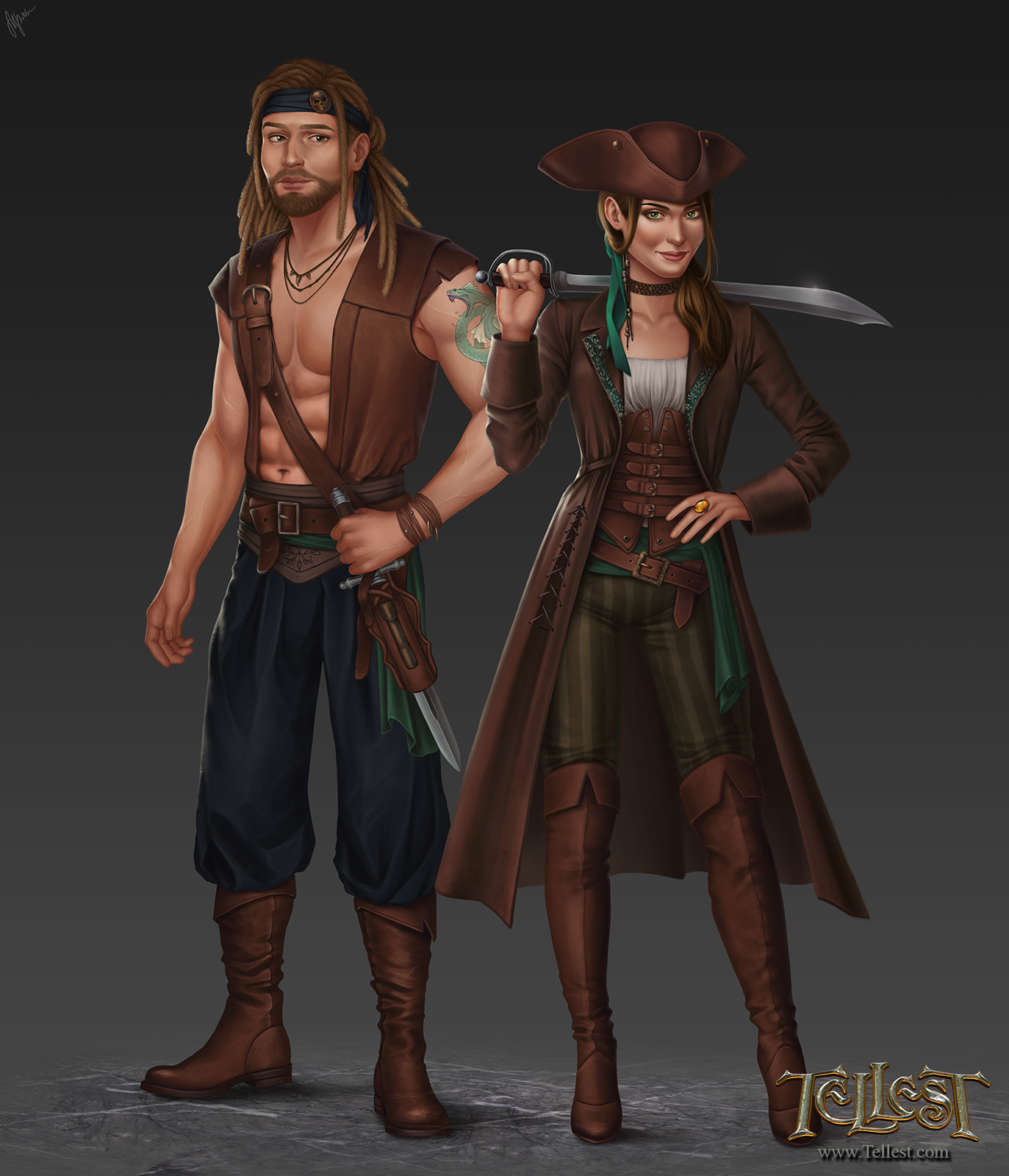 Thanks for coming back for the second part of this series!  Catelyn and Basta are two great characters I’m eager to show off!