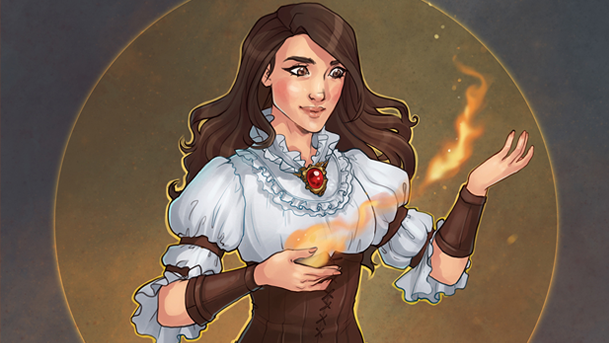 Hey there folks!  A few weeks ago, we introduced a new artist, and specifically showed off her work on a new piece for Adelia.  Today, we’re back with another of Avionetca’s work.  This time, she’s showing off work that depicts another of our mages.  Let’s get right into it, and see how she worked out Alicia Mane! 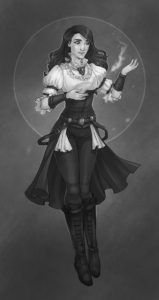 In this black and white version of the piece, it almost looks like a tarot card (which, now that I think of it, would be an awesome thing to put together considering all the characters we have—Bixby as the hanged man would be hilarious).  But of course, we know the black and white isn’t the end of it… 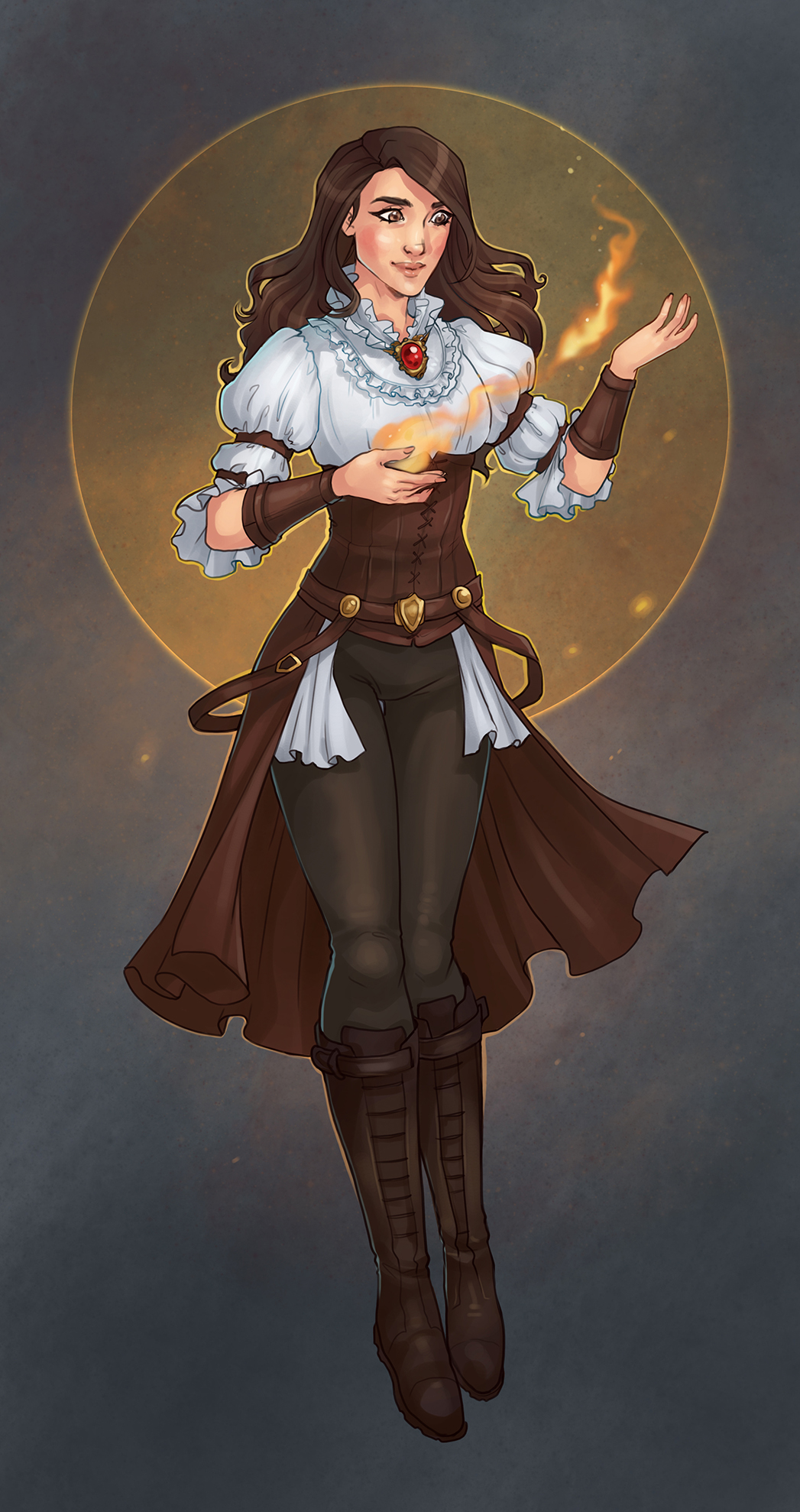 That splash of color, man.  It opens your eyes to some of the details that you weren’t even aware of.  Look at the glow at Alicia’s back.  It’s little things like that which make art like this really open your eyes.

Avionetca did a really great job with these two characters, and I’m interested to see where more possible commissions could go.  As of this writing, we don’t have anything set in stone, but maybe we’ll get something going soon!