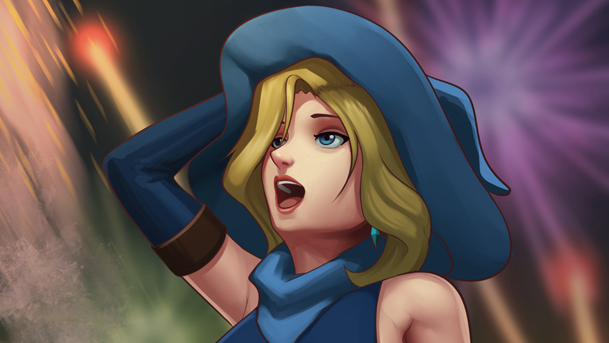 Howdy folks!  It’s time to introduce you to a new artist we’ve had the privilege of working with.  Deilan is awesome at taking some our characters and breathing some cool new life into them in ways that surprise us.  For the first piece we tasked him with, he did a work that focused on our most popular character at this point, Miss Adelia Kreegan. 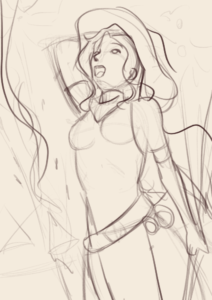 I was actually really excited to see Adelia in a hat once Deilan sent us the sketch with that in place.  We also had some cool extra pieces that we discussed that we wanted to see. 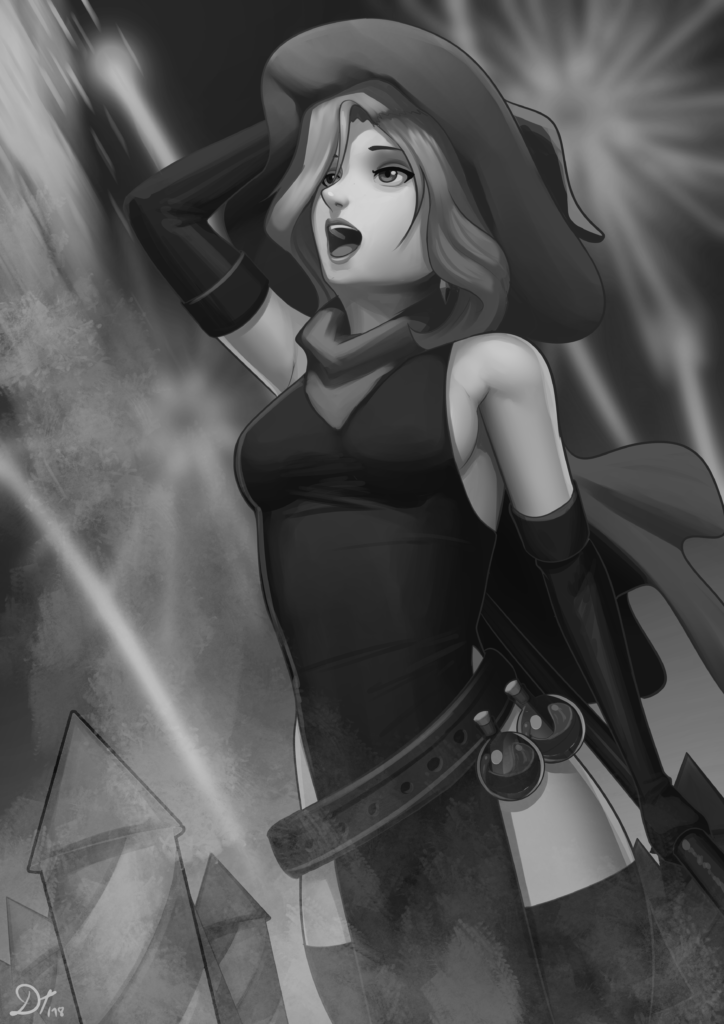 As you can see in this black and white version, we added some fireworks.  In Transformed, fireworks were kind of a big deal for Adelia.  Here, she gets to see some real ones in play. 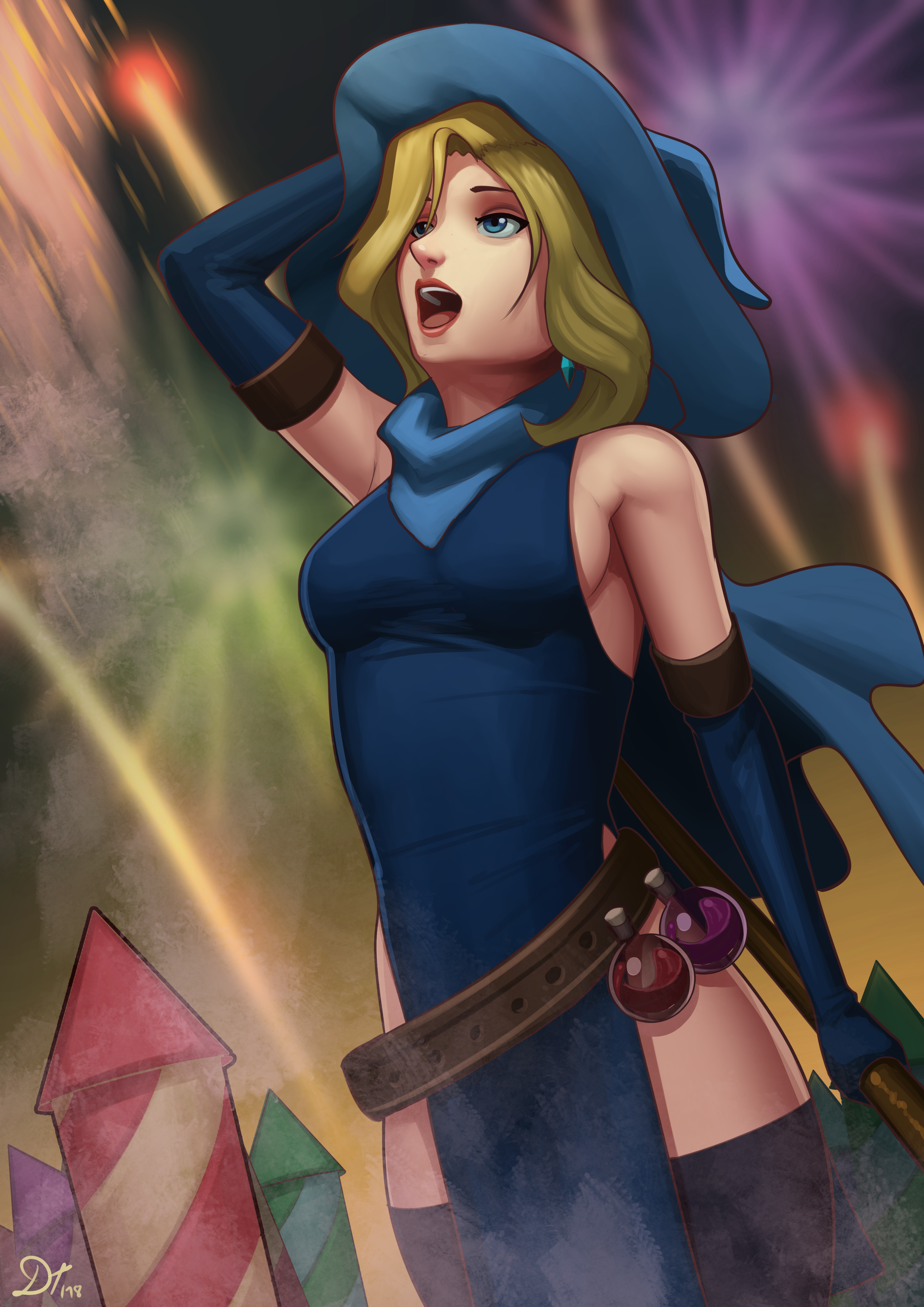 Here is Deilan’s glorious full look at his first Tellest piece.  I love the way Adelia looks in this piece.  It’s stylized in just the right way, it’s cool seeing her in a slightly different outfit, and it helps to add to her character and her whimsical nature.  We’re glad to have Deilan on board!