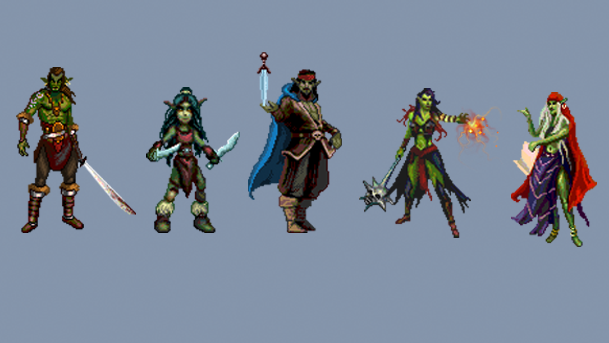 Hey folks!  It’s been three weeks, and you know what that means: it’s time to look at another race of adventurers for the upcoming standalone expansion of Quantum Quest.  We already showed you dwarves, elves, gnolls and gnomes.  Now it’s time to see those sneaky goblins.

Shudruk Khor is a goblin scoundrel.  He’s a fighter, yes, but he’s also a lover.  He exudes charm and charisma, even catching members of other races off guard.  He’s meticulous about his presentation, and works it into his encounters often. 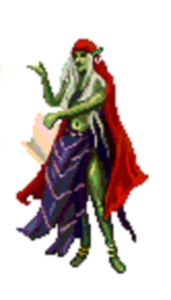 Perda has that rather bohemian look to her, which is pretty interesting for a goblin, along with that long white hair.  She’s a cleric, but not exactly the nicest one.  Though she can heal her allies, she’s more often than not putting on a pretty face for her foes, and being sneaky about wearing them down. 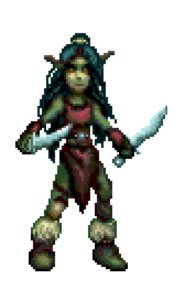 Kiirta is an interesting one.  We introduced a character named Giirtu in the novel Awake, and one of our artists came up with a character design based on him and his (until then unknown) progeny.  Kiirta wants vengeance for her imprisoned father, and she’s been looking for the people responsible for his capture. 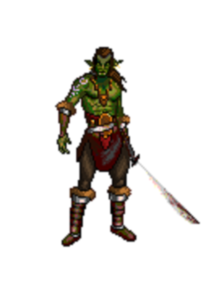 Grunar Zarak is a warrior’s warrior.  He’s the deadliest fellow among this group, and he’s known among his city of Brynmarr as a force to be reckoned with.  When his foes see him on the field of battle, they might think they’ve got everything under control since he’s not well-armored.  But he’s got the kind of offense that makes for a good defense. 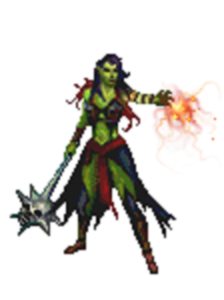 Finally, we have Straka Radley.  She is absolutely not the kind of person you want to get on the bad side of.  As strong as she is intelligent, Straka can fulfill multiple roles within the dungeon.  She wields a tremendous flanged mace that she uses to bash skulls in with, but if she ends up too wounded to wield it, she’s not opposed to flinging a fireball into the face of her enemy.  Straka also has a bit of a sadistic side as well.  She likes to inflict as much pain on her foes as she can before they die.

So, altogether not so nice a bunch of people, huh?  They don’t exactly play well with others, but having one of these deadly goblins in your crew could definitely help you navigate the dungeon a little better.  Just watch your back when you’re moving about!

We’ll be back in another three weeks with a look at the expansion’s gremlins.  Maybe they won’t be as nasty to work with!