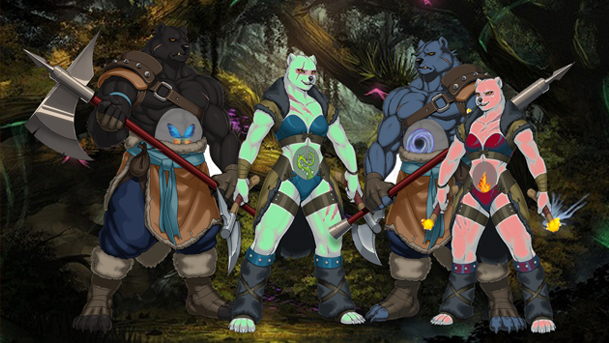 Howdy folks! I’m so happy to announce that Tellest is doing it again: we’re going off into a weird but fun direction, and this time, we’re looking at striking lightning with a new set of faces.  As you may recall, two of the books in the Tellest phase two collection featured some pretty interesting characters.  Werebears featured in both Transformed and the recently released Heart of the Forest.  Now, for the first time in Tellest history, the werebears are taking center stage, and starring in their own vast story.

These werebears are the guardians of the Lumibug Forest, and they give it their all whenever they can.  Their story is pretty robust, but we’ll save most of the bigger details for another time.  In the meantime, why don’t you spend a few moments getting to know the individual Bewere Bears? 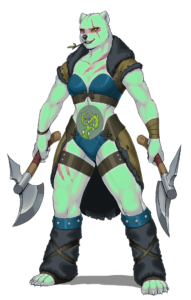 Bramble Bear is the de facto leader of the Bewere Bears.  She can summon the power of the Lumibug Forest to her beck and call, using the mighty vines of the synoak trees to entrap any who would endanger the forest.  She’s cocky for sure, but it’s an attitude that’s certainly been earned! 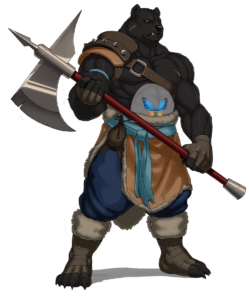 Next up we have Flutterbear.  This guy might seem big and scary, but he’s actually the tamest and nicest of the bunch.  The Lumibug Forest is kind of a misnomer, because there are a bunch of awesome wildlife that live in the woods, and Flutterbear has an affinity for one species in particular: Rainbow Flutters.  When he activates his power, he can coerce a swarm of the magical butterflies to do his bidding.  On their own, the little bugs don’t realize they have magical power, but with his instructions, they become a force to be reckoned with! 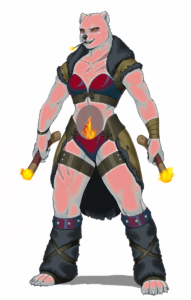 Embear is a bit of a fire keg.  She’s not the calmest of the group, and she’s really easy to set off.  Still, she’s very loving and loyal, and her attitude is more often seen as funny than worrisome.  When the Bewere Bears first discovered her power, there was a lot of worry that she might burn down the whole Lumibug Forest!  As it turns out, though, Embear’s magical fire doesn’t do any damage to the trees or the animals in the woods.  That’s a relief!  Fun fact: He thinks she doesn’t know, but Embear has noticed that Flutterbear has some affection toward her… 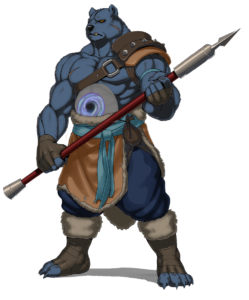 Last up we have Void Bear.  With his mighty power, he can pull those who would harm the forest into a frightening black hole.  It doesn’t hold people permanently, but it does take them out of commission.  The only problem is, it drains poor Void Bear and he gets so sleepy!  Hibernation much?

Those are just the main four Bewere Bears.  Over the course of their story, they’re joined by a handful of other guardians.  Who are you expecting to see?