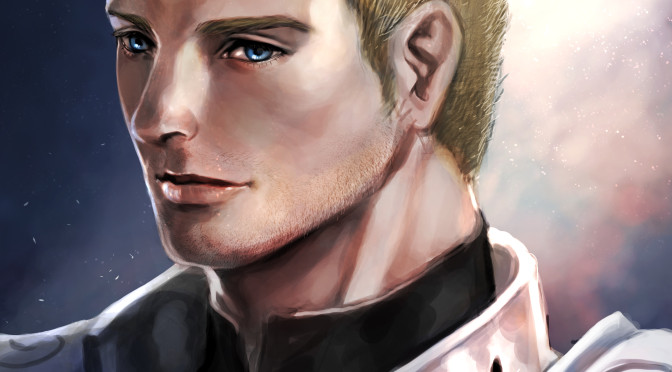 Many, many moons ago, when we began our collaboration with RedPear, we commissioned three separate pieces of art: Adelia, Schirner and Zachariah.  You’ve seen the former two, but the latter was a different story.  In the beginning of our working relationship with Pear, I think we managed to scare her off by inferring that we liked Adelia and Schirner, but not Zachariah.  That wasn’t the case, we just liked the other two more!

After a lot of coercing, we were finally able to convince Pear to finish that third commission.  This is the tale of that creation.

As always, we started with a simple sketch.

Our guard captain wears a magnificent suit of mirrored armor, though for the sake of Pear’s sanity, we dialed it back to some normal looking plate.  You can see Zachariah in his bulky armor here. 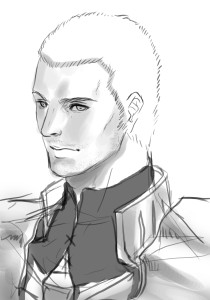 After almost a year, Pear made a subtle tweak to the sketch, making sure that Zachariah’s neck was a little less exposed.  What’s the point of all that armor if someone can just jab a spear in your throat without any issues? 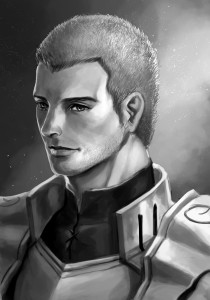 It was time for the shading and more exquisite polish to be placed upon the piece.  I think at this point he looked very much the part that we expected.  His armor pops a lot more in this finished form. 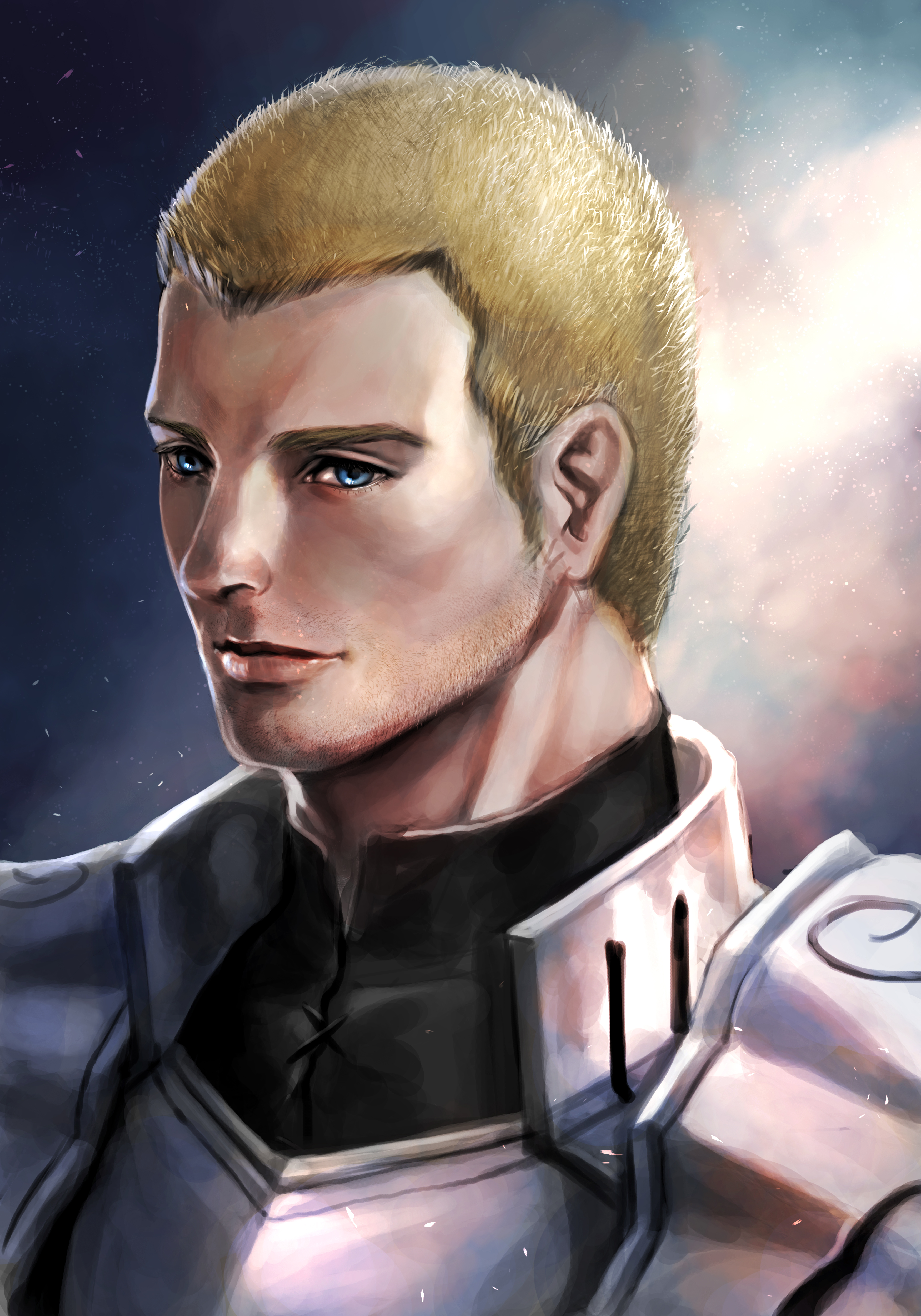 Of course, as is always the case, the finished piece eclipses all the forms that come before it.  Pear did an awesome job with this artwork, and we’re so happy she relented and did it for us.

Unfortunately, that’s the last we have from RedPear in our queue. She’s busy in school, so we’re stuck waiting until the end of the semester to commission her for more work.  Wish us luck!