A few weeks ago, we ran with the orc concept pieces that Paul Davies was working on.  He did a brilliant job with a lot of his sketches, and we really nailed down what we were looking for.  There haven’t been a lot of talk about orcs in the books so far, with few exceptions.

First, in As Darkness Falls, the heroes passed by the orcish city of Genger-mar, which is sort of like their capital on Draconis.  It was here that the goodly nature of the orcs was first established.  Then, in The Enemy Within, we met up with our first orc, the noble shaman Ter’Sek.

Going forward, we’re going to have a couple more interactions with these primal, yet good-natured folk.  Paul had the challenge of making them both fierce and sympathetic.

We were first tasked with picking between two options.  We showed you the runner up last time.  This was the piece we chose:

So much anger. So much rage.

We chose this one because it was a little more dynamic, and it added to the character.  Yes, the orcs are sympathetic, but they are also strong.  If Tellest was an MMO, the orcs would be your go-to tanks. They’re brutally efficient at what they do, but only in service to their homes, their family and their friends.

After a little more work, Paul did a brilliant job at coloring our friend.

Add a little text in there, and this could be the very first issue of Tellest magazine.

And then of course, ever true to his nature, Paul slapped another coat of paint on it, and made it even more awesome. 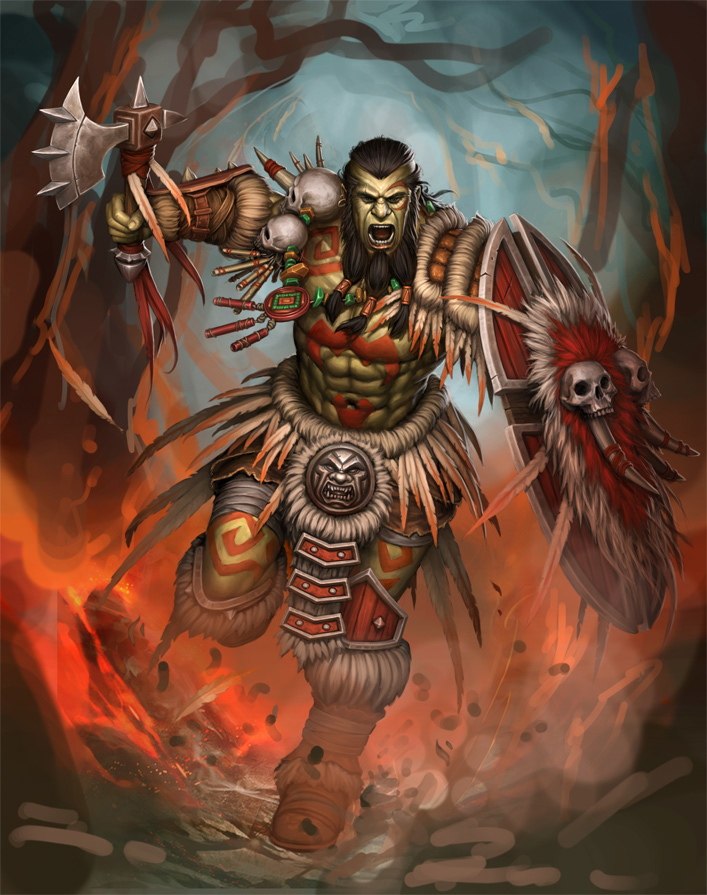 This is one guy you don’t want to mess with.

I’m incredibly happy with what we ended with, and it’s really going to help put things into perspective when the other orcs start showing up in the main narratives.  Paul has already been a big help throughout Tellest, but he really outdid himself here!