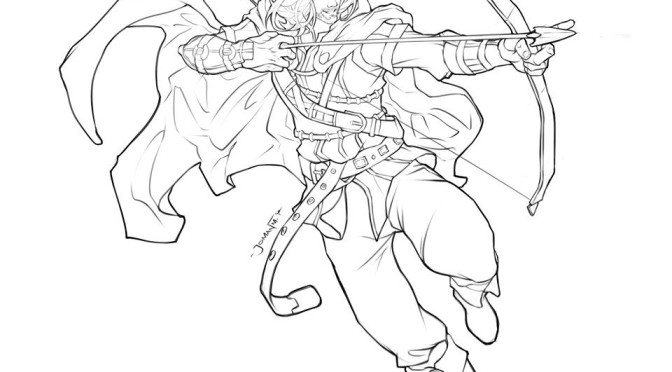 This week, we are returning to Joman for the latest art feature.  When we were working on the Kickstarter campaign, I wanted to focus some stretch goals on what had ultimately driven a lot of excitement to the table.  Paul and Leo were doing a fantastic job with covers and concepts/interface, and I wanted to reach out to another artist to help round out the edges.

Joman was great because his prices were competitive, he had an art style I was looking for, and he popped up in front of me at the right time.  I was actually looking for a comic artist at the time – since Tellest has the DNA of a superhero story in it, it only made sense – and Joman was looking to try and dabble in that arena.  We decided to focus together on character art instead.

In order for me to make the case for Kickstarter, I wanted to show that Joman was worth the money it would cost to pay him.  On top of displaying the portfolio of original pieces he had floating about the internet, I commissioned him to do work on two character pieces for me.  You’ve already seen Kaos, but I wanted to show you one of the other fan favorites, Steel Tip.

Below, you’ll see the process, and of course, next week we’ll be back with the finished piece.  Enjoy! 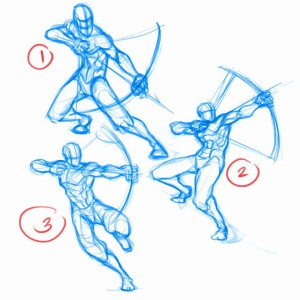 We thought 3 made logical sense, even though the other ones looked beautiful as well.

We tested what he would look like with and without facial hair. 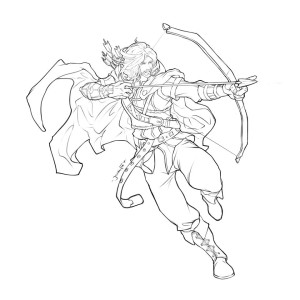 And here’s the final piece before coloring.