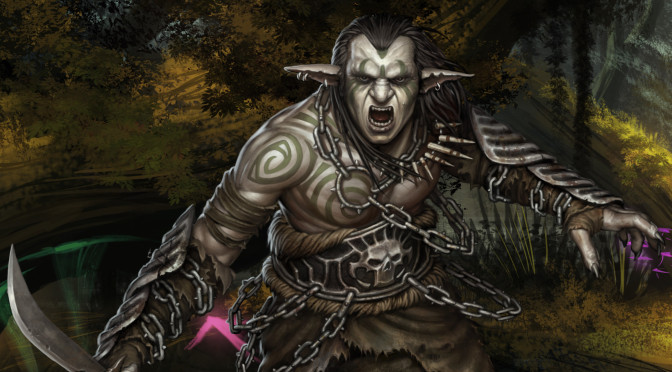 It’s been a while, but if you recall, back in May, one of our Art updates was about goblins.  You see, back then, there had been no real mention of goblins with the exception of the preview for Awake that we had generated for the Kickstarter campaign.

With Awake officially releasing here on Tellest this week (in serial format, that is), it seemed like the right time to show you how the concept of the creatures on the cover came to be.  In Awake, Venathryn is tormented by the evil creatures that slayed her kin, so it was important that they be featured front and center.

Today, we have a fished version of the concept goblin to show you. Just like with the Tribal Orc that we presented three months ago, we wanted to pick something that seemed more energetic and dynamic: 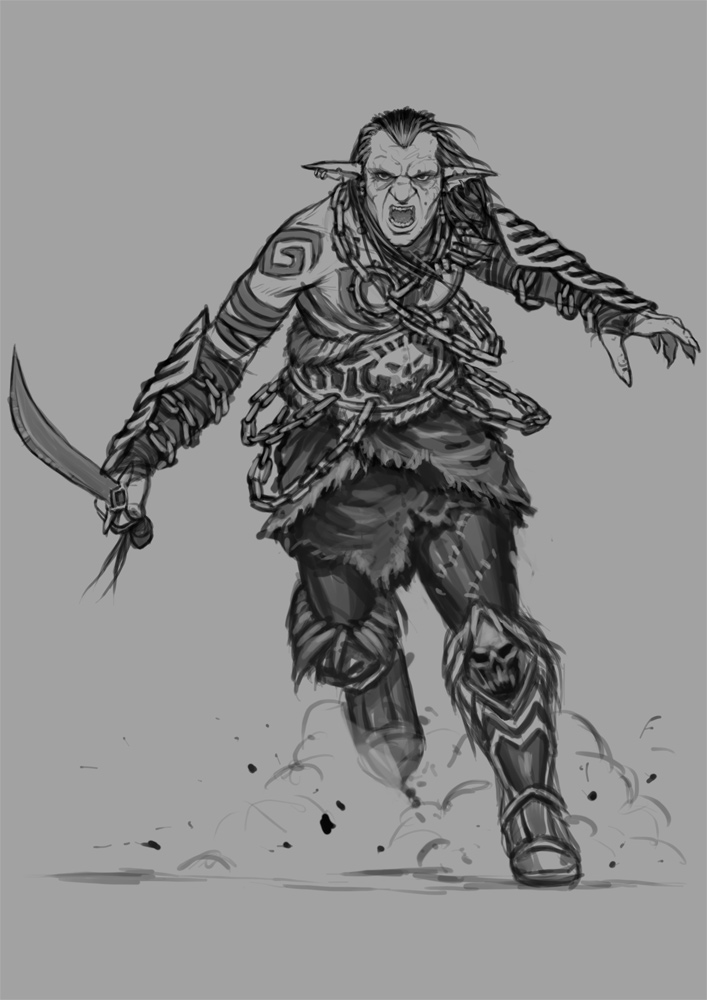 In Tellest, the goblins aren’t a sniveling little fodder race.  They’re among the toughest and scariest fighters you’ll ever encounter, and we wanted to convey this properly.  Paul did a great job capturing that in his artwork.

And when we throw on a coat of paint, our goblin candidate looks all the more savage and fearsome: 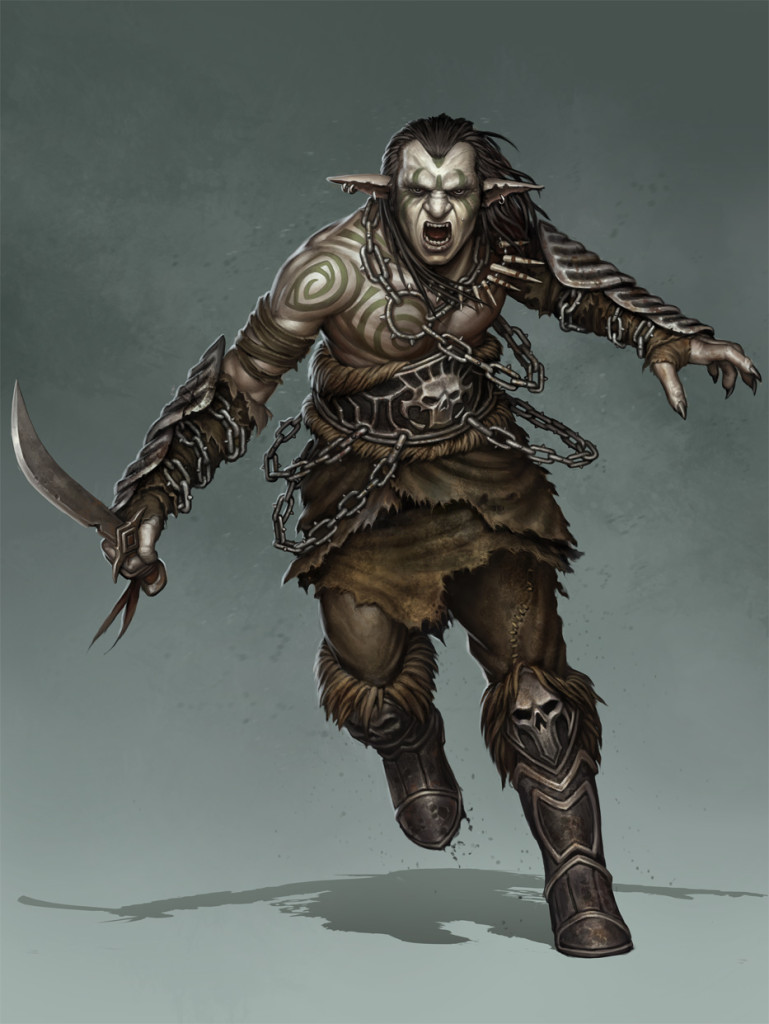 I’d rather not be on this guy’s bad side.

I think the tattoos, the skulls and the fur really help to voice the idea that you do not want to meet this guy on the field of battle.  Even that orc that Paul did would have a tough time with our goblin here.

Just for fun, I threw him on top of one of the concept art pieces that Dena did that we showed last month: 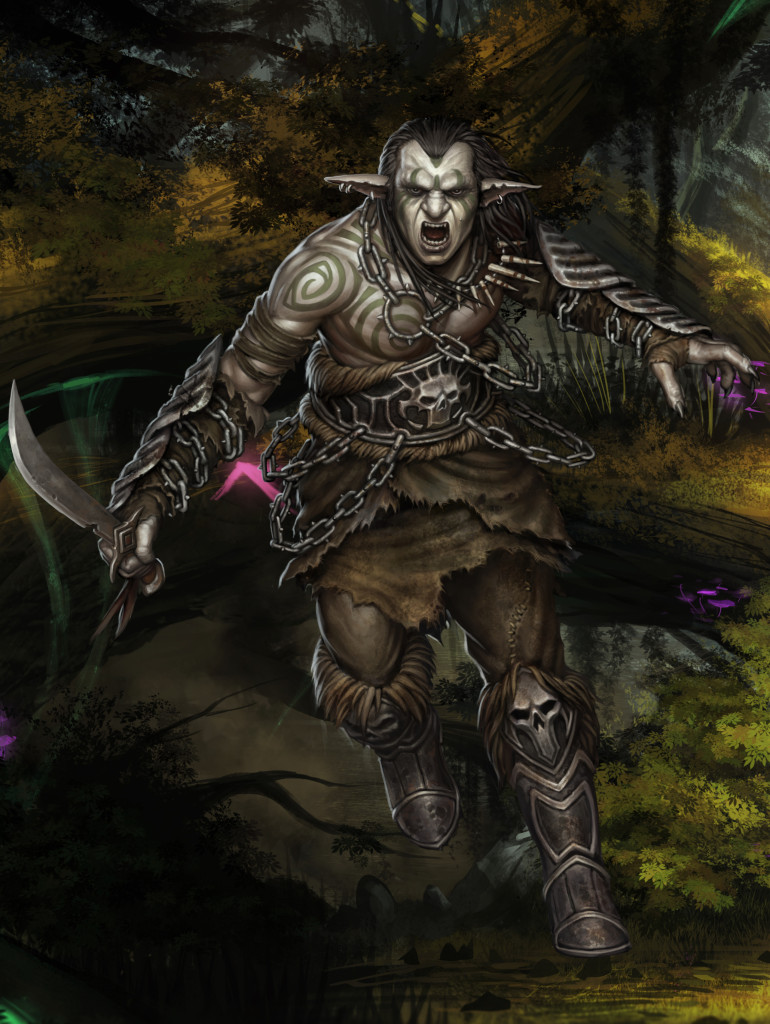 Obviously, I have no business superimposing anything on top of anything else, but I thought it looked cool.

So we have two races represented by Paul Davies on Tellest.com now. Which would you like to see next?  Something evil, like gnolls or lagano or harpies?  Or one of the goodly races of the world, like kobolds, kaja, avarians or the genie-like aetherites?

Either way, I’m sure Paul will continue to knock it out of the park!

One thought on “Art: Savage Goblin”