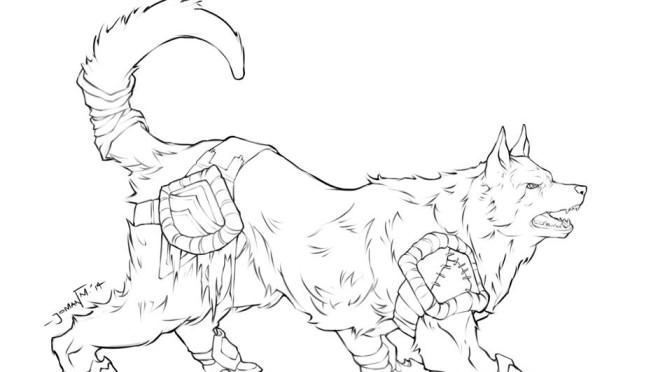 A little over a month ago, we brought you your first glimpses of a new character for Tellest.  Tatiana was a commissioned persona for Tellest, but she was not the only one.  We also have a second brand new piece to show you today: Otto.

Otto is a Shepherd / Wolf mix, and he specifically works with Tatiana, who has the power to telepathically give him commands.

This was the last commission that Joman did for us in a while (though he’s since begun working on something new for us), and he really put his heart and soul into it.  Check out the process: 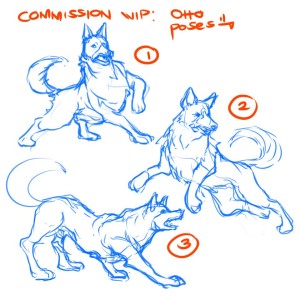 We usually go with something a little more dynamic, but I thought, with the bigger picture, #3 worked out very well for us. 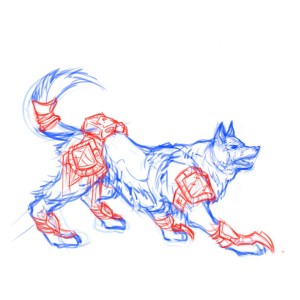 After we found the pose we liked for him, we prepared Otto a little more for the harsh world of Tellest by giving him some armor. 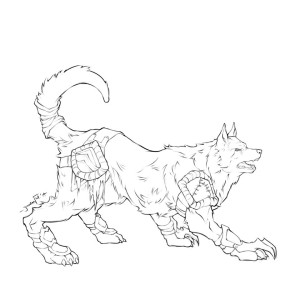 We realized we went a little too far with the armor, so we dialed it back for the lineart.

The final piece that Joman provided for us is pretty awesome.  If I’m given permission, I’ll even show the original picture we got the markings from.  Tune in next week to see the final piece, as well as the phenomenal shot of all three heroes (Bolt, Tatiana and Otto) fighting together!