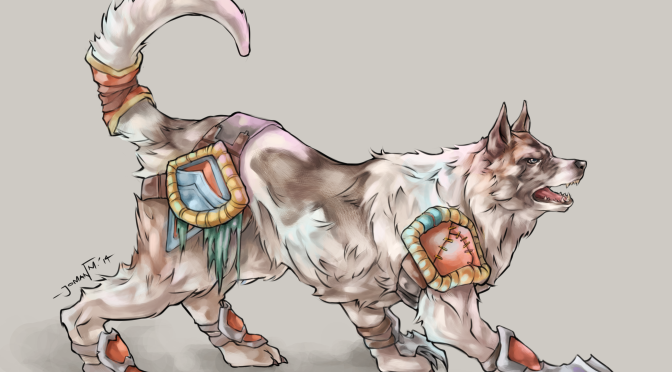 You see, Matt saw the work that I was getting done with my own characters, and knowing that he had his own inspired somewhere in the mix, he threw in to see Bolt envisioned even sooner.  And he had big plans for getting his own family represented in Joman’s unique style. 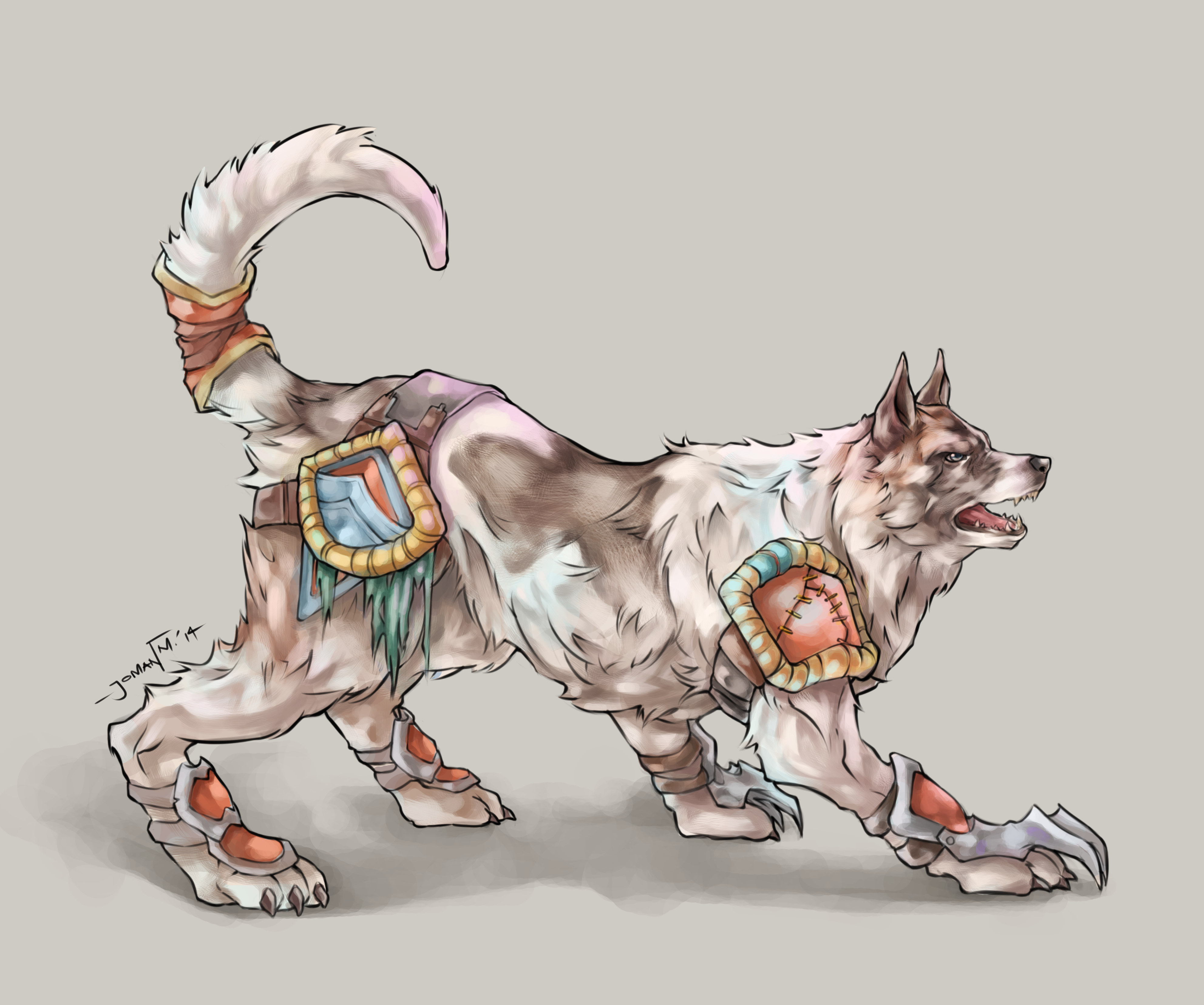 That doesn’t look exactly like Matt’s dog Otto in real life, but the markings are correct, and it demonstrates the part of him that we think is a bit of a German Shepherd.

Of course, Joman also did the background magic that he always does:

I always love the extra detail that you can gleam from those bigger zooms.

But that’s not all for this week.  As I said, we wanted to see what we could do about getting the characters together.  So we’re showing you a super special collection of the characters in an awesome action scene.  Behold: 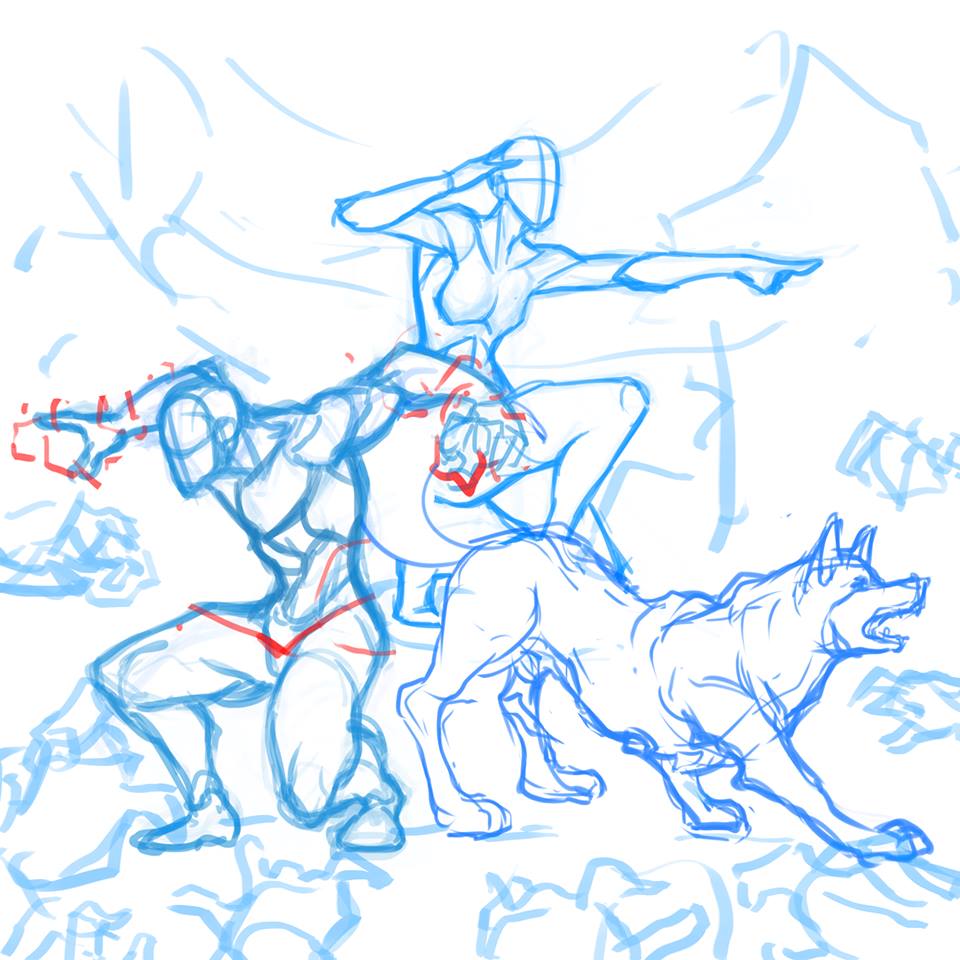 Just as before, we worked on it in pieces.  We knew that we wanted to get the characters positioned properly, and this sketch phase really helped us to determine which poses made sense for Bolt, Otto and Tatiana.

After that, Leo put them together against a foe that would clearly represent what they were fighting against.  We went for the lineart presentation here, and you can definitely see it coming together. 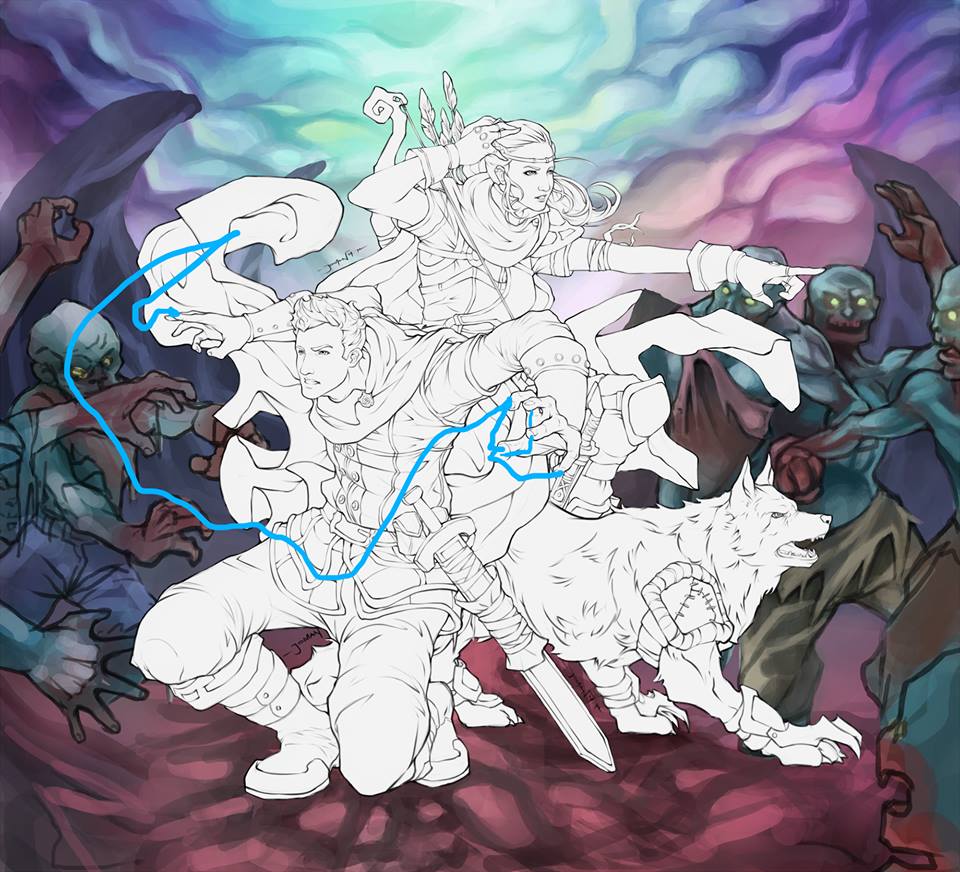 Finally, we were able to see the final picture, in all of its glory.  Bolt is touting his awesome electrical power, and you can the telekinetic  energy that Tatiana is conveying to Otto. 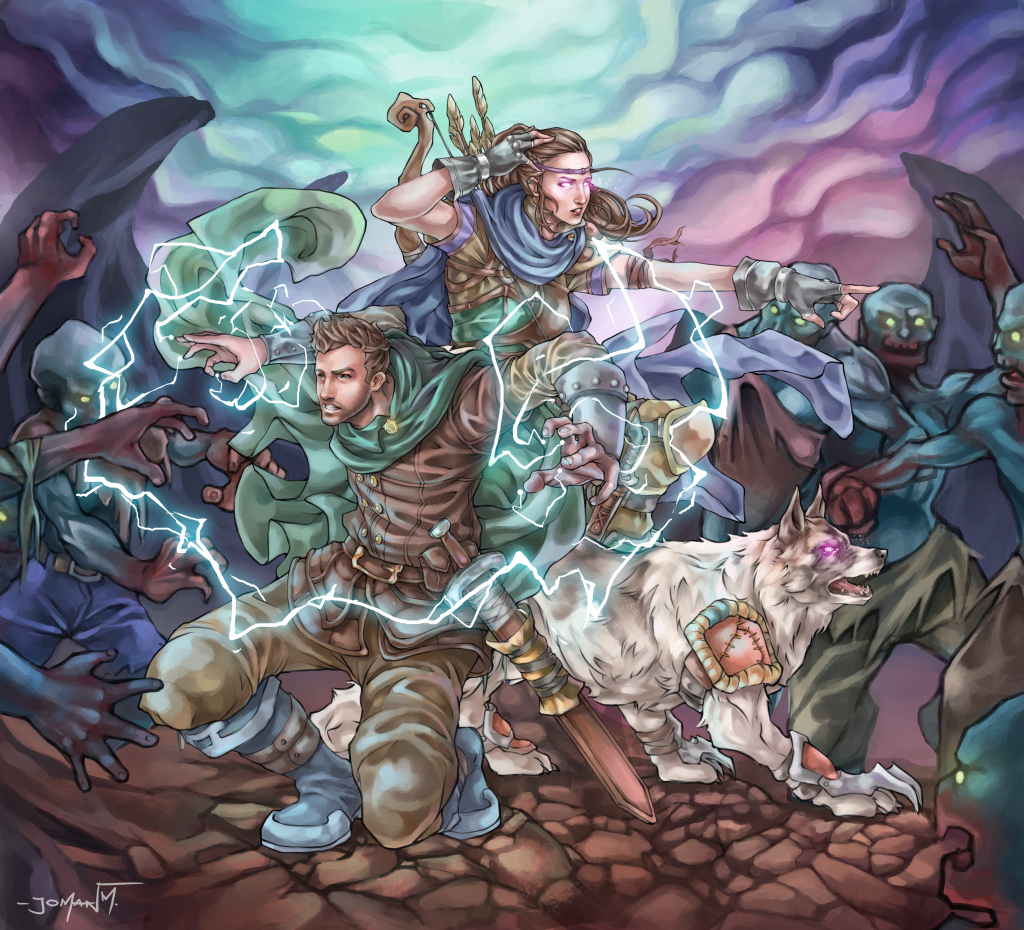 This little thumbnail doesn’t really capture the true majesty of this artwork. Click on the image to really see what it looks like.

I think Joman did a fantastic job here, to the point where I think he had to go into hibernation for a few months afterward.  But what do you think?