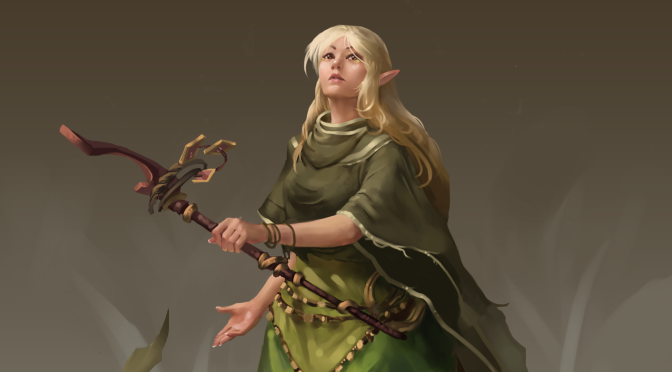 Hello there everyone.  It’s time for another bit of art from the world of Tellest, and we have another treat from Skence (who now goes by Hozure).  His latest and greatest is the elf mage-in-training, Narallyndra.  We haven’t really had a lot of material to show for her, but she’s destined for great things, don’t you doubt that.

We start off with a nice greyscale version of the character. 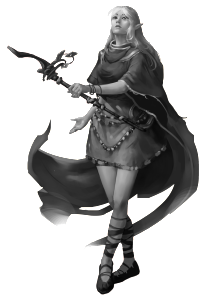 Hozure gave her the nice little skirt that she first encountered Kaos in.  She had playful sandals and an unassuming look that could cause real trouble for anyone who didn’t know just how powerful she was becoming.  She also has a half staff, which you don’t see too often.  In the book, she was written with a wand, but I think this actually takes the cake—I prefer Hozure’s interpretation. 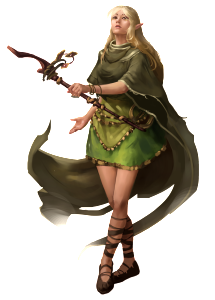 After that, a dash of color clearly gives the character a warmth that she might not otherwise have.  She’s clearly one with nature—maybe a druid at first glance. 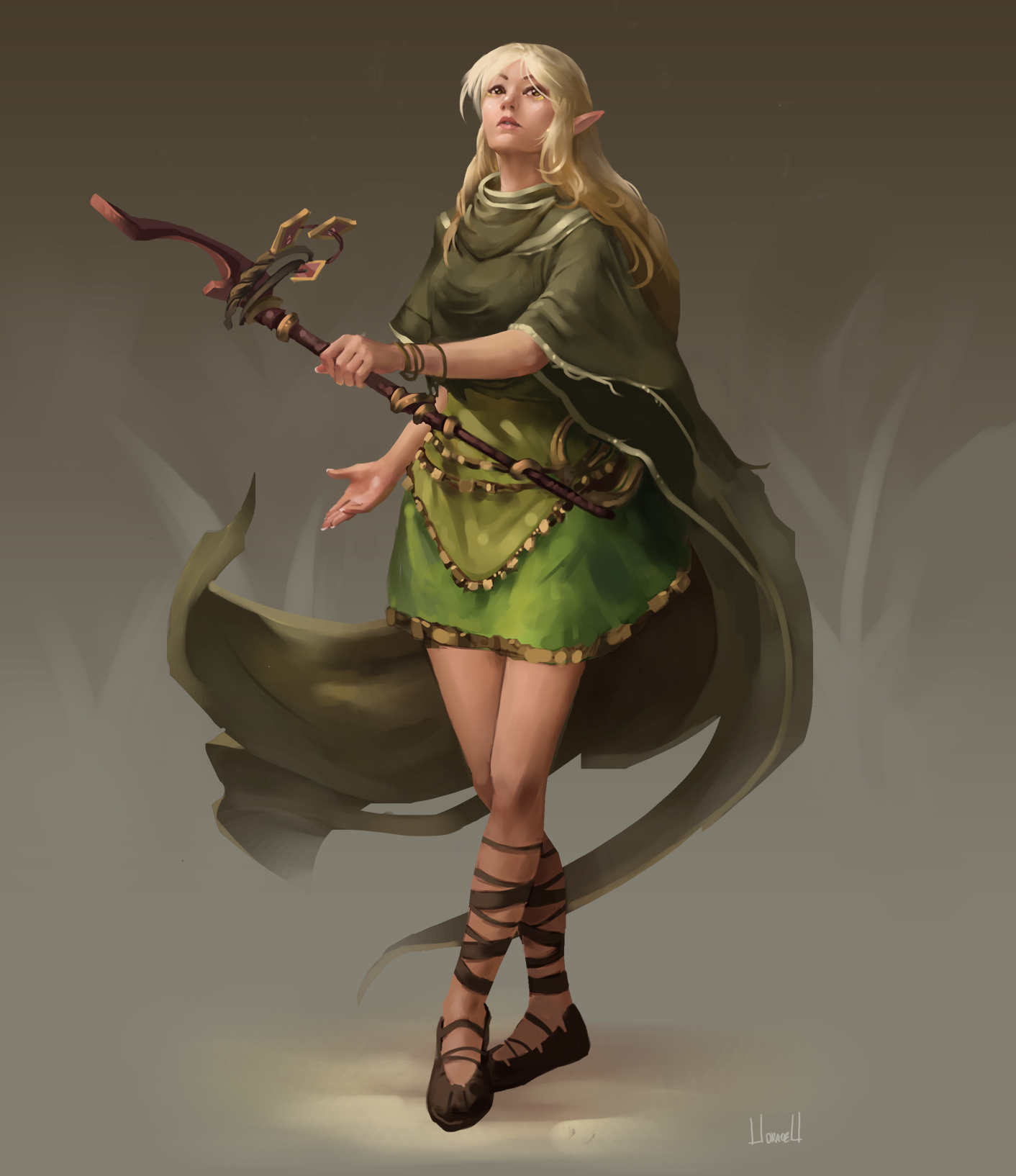 And here we are with our final cut.  Narallyndra definitely carries herself as a bit of a badass.  Again, it’s easy to dismiss her as just a pretty face, but she’s got powers that would really change your day for the worse if she wanted.  That’s the benefit of learning from a sorcerer like Wispus.