Holklund Crescentshire is one of those characters that steals the show whenever he is involved.  He’s become a fan favorite since The Bindings of Fate released.  Perhaps it’s due to his age – he’s one of the youngest heroes, and he appeals to the folks with the biggest imaginations.  Or maybe it’s his cool powers.  Holklund can see through the eyes of others, and his sword is vampiric.  That’s a pretty neat combination.

RedPear was the first of the artists to really try her hand at this spectacular character.  We knew that we had a lot of cool options, but we were able to narrow it down to a piece that we really liked.

First off, as always, we had a few sketches that we were able to work with. 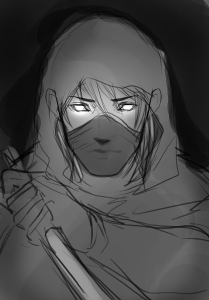 I really liked this one, and it included Pear’s interpretation of Sepulcher’s Claw, but it left a little too much of Holklund’s character out of the picture. 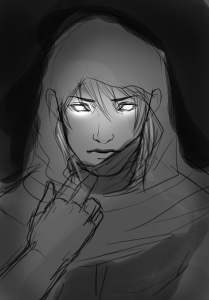 This one had a more lively feel to it.  Holklund felt like a real person here, and it was just the sketch. 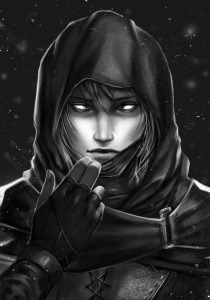 It was even better when our lovely artist put the finishing touches on it.  Holklund’s got that little bit of arrogance to him, and this smirk really makes a lot of difference compared to the mask he would have had.

And then of course, as always we have to have that nice splash of color, which does wonders here: 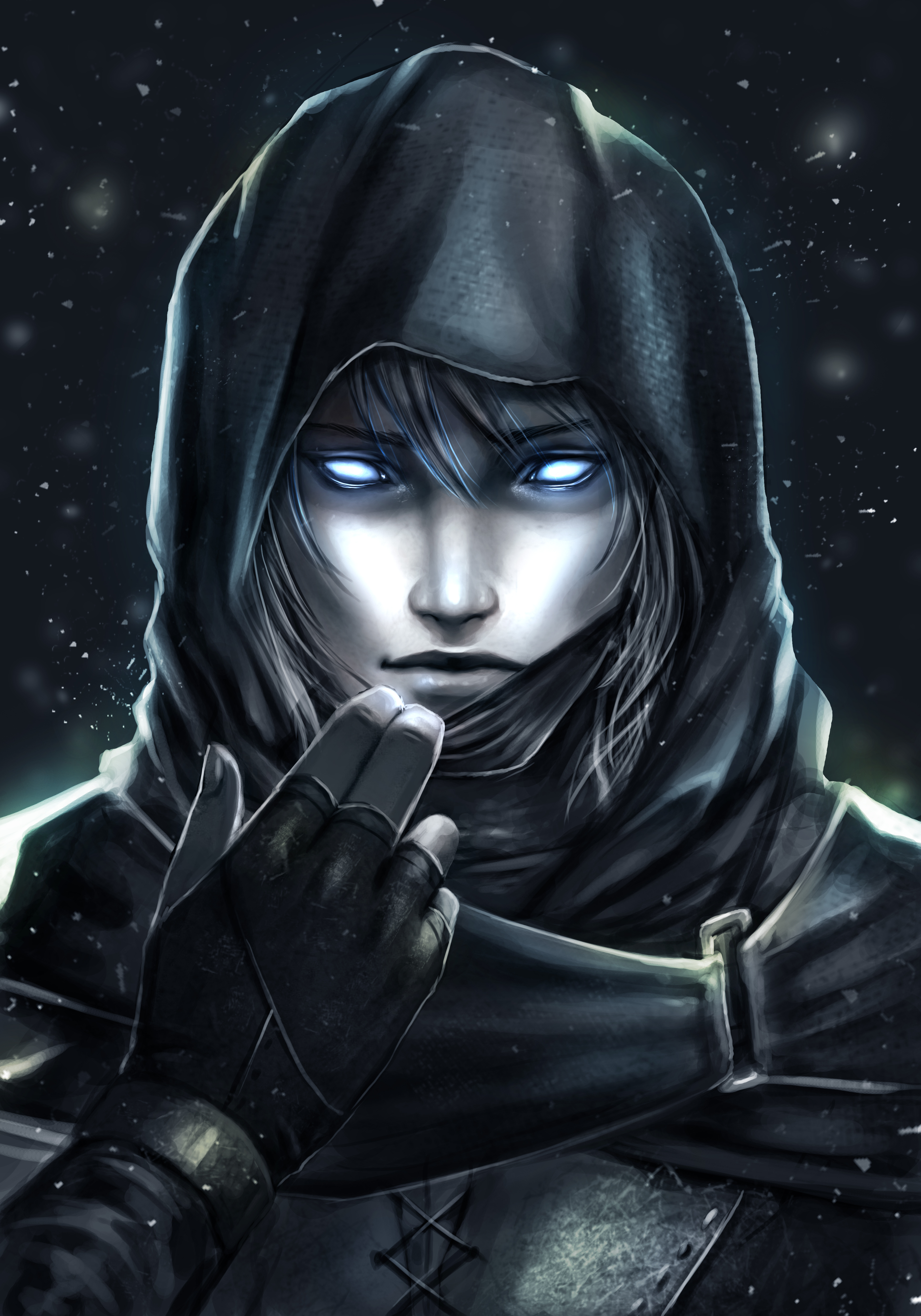 Holklund is one of my favorite characters to have a portrait – Pear did a lovely job, and I’m very happy to share this with you!  We’ll be back soon with some more awesome RedPear work!