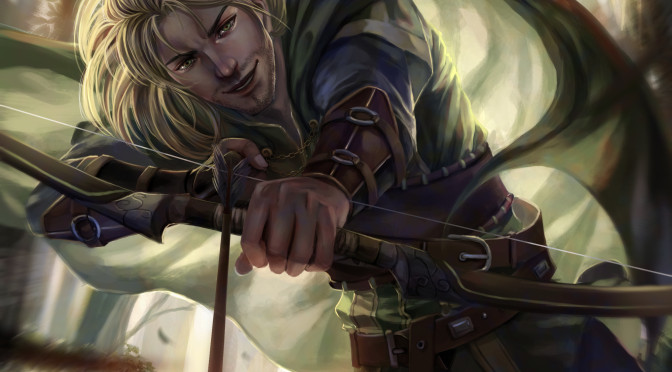 Good morning all you fans of fantasy!

As many of you know, last month was November, which for a lot of people means not shaving your mustaches and beards.  For some writers, it means one hectic 30 days of trying to reach a goal that might seem impossible: 50,000 words.  For some people, NaNoWriMo is a breeze.  For me, I knew it was going to take some special attention.  I did away with my notebook for this particular adventure, and just wrote everything on the computer.  My goal was 1667 words per day—I met them most days, surpassed them on a couple of days and missed out entirely one or two days because of Thanksgiving, Black Friday and other things.

I knew that I couldn’t do it by myself.  Though the story had been brewing in my head for years (more on that later), it had been part of a different medium.  I needed a little push to think of it as a real story in the Tellest universe.

That’s where RedPear came in.  While I wasn’t ready to commit 100% to it being a novel, I wanted a cover for this story.  She agreed to give me an interim cover, which, when it’s completed, will inform the final cover that we’ll likely get from Leo if he’s up for it.  But first, we started with some sketches. 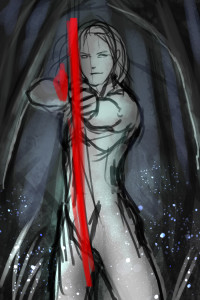 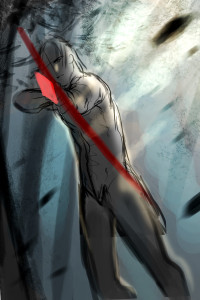 These were both ones that we ultimately passed on.  Even though I love all the things that RedPear does, we could only choose one, and we ended up with this one: 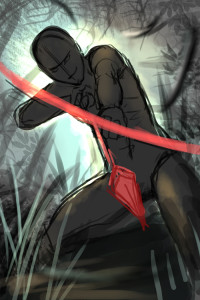 After that, it was only a matter of fleshing it out. 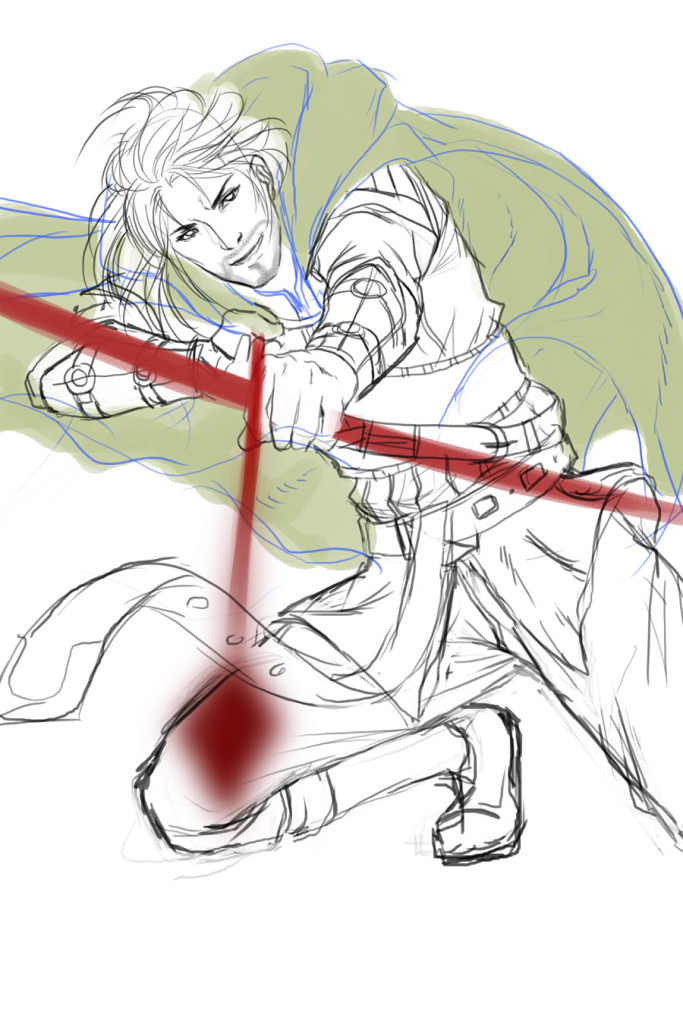 It’s amazing how much of a difference RedPear can make with just the lineart/sketch phase of her work.  She did a really cool job letting me know where we were going with the final piece. 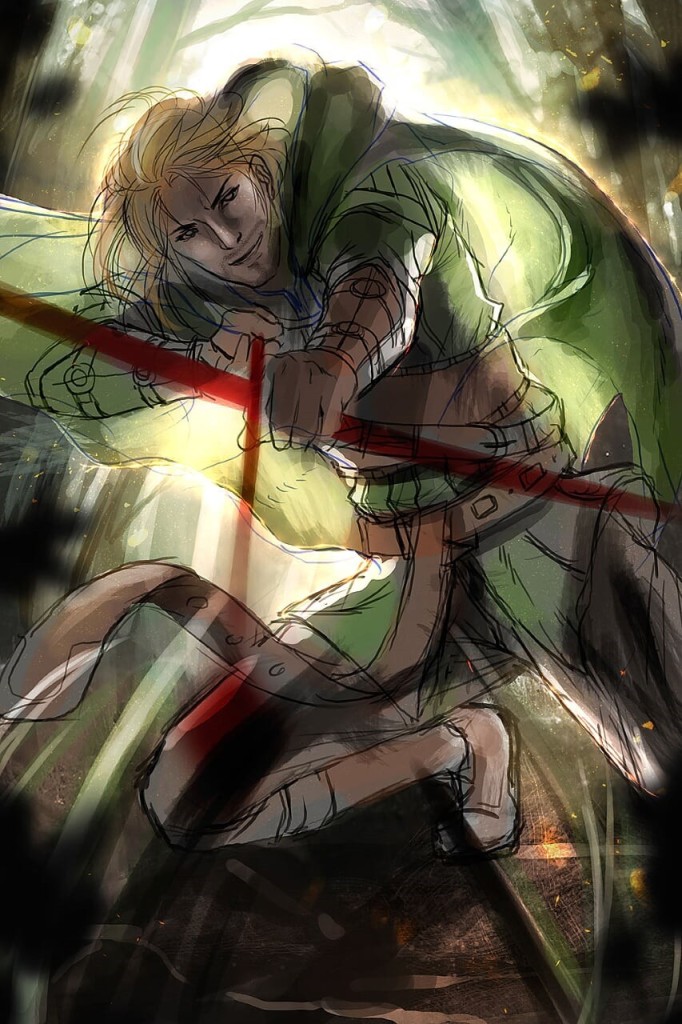 After that, RedPear did some nice coloring, giving our ranger those verdant greens he’s known for.  She also did some foreground and background work to make the piece pop even more. 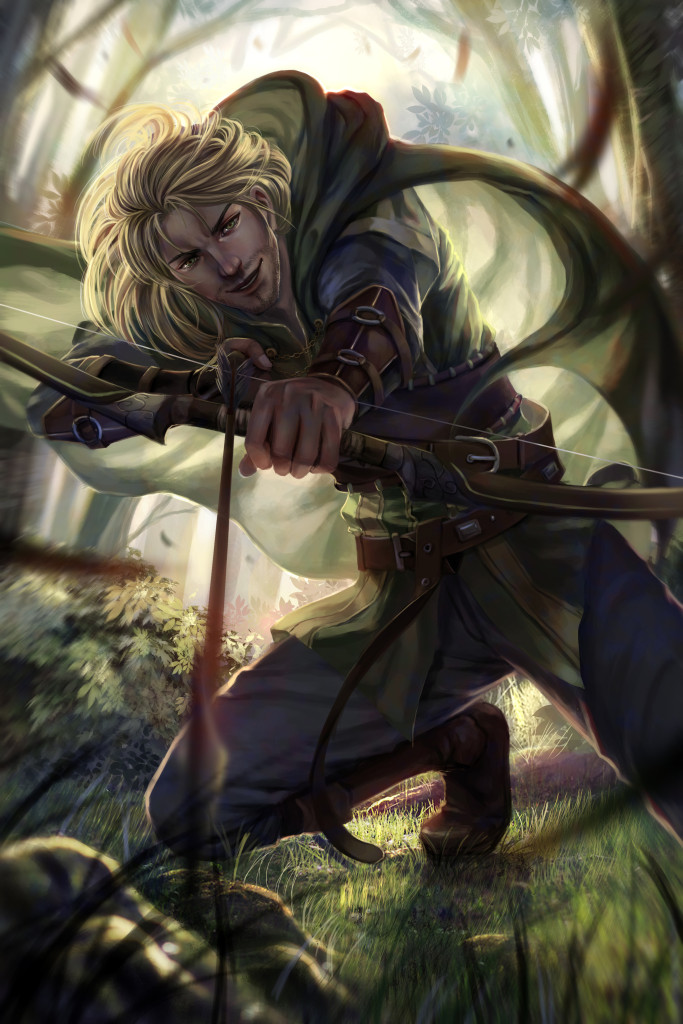 All of that work culminated with the final variation, where Steel Tip aims at the foreground, ready to protect the forest of Cefen’adiel.

So what’s Heart of the Forest about?  It’s the novelization of a game that I’ve been working on for a while.  You may have seen the sprites from our earlier attempts at putting it all together.  If nothing else, this is going to make the story in that game all the more impressive.

While I was successful in “winning” NaNoWriMo, this story still has a long way to go—20 chapters are so, actually.  But it’s my aim to make sure that a new chapter is written every week for it, and able to be seen on our Patreon for the uberfans of Tellest!