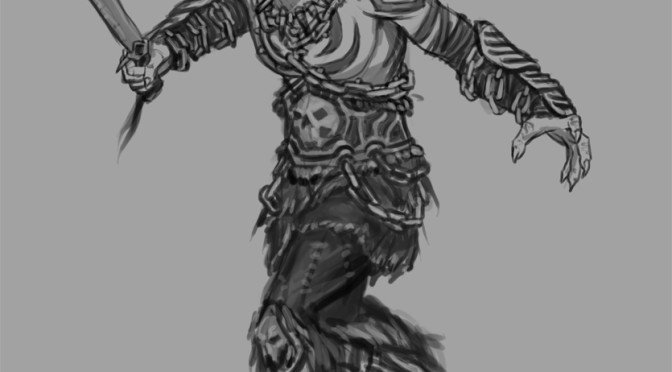 And once again we return to Paul Davies, that Jack of All Trades who consistently brings us up to speed with titling, interfaces and, of course, some lovely concept art.

A few weeks back, we looked at his work on the orcs of Tellest.  We needed them to be more human and have an air of pseudo-nobility. One of the reasons that we did this was in the role of an antagonistic race in Tellest: the goblins.

In a lot of traditional fantasy, goblins are scrappy fodder enemies. They aren’t really a force to be reckoned with, and they aren’t really all that frightening, but when I knew that orcs weren’t going to be the savage, evil creatures they’re usually portrayed as, I needed our goblins to step up in a big way.

Enter Paul Davies.  We knew that we were going to have to put some humanity into the goblins, just as we did the orcs.  After all, what’s a proper villain if you can’t understand their motivations?  Here was the first set that we came up with:

As you can see there, the goblins looked very different from the iterations you’ll see in a lot of other popular fantasy brands.  Our goblins are about the size of a human, and if you look at that first concept, they almost have a kind of elvish quality.  We really liked what we had there, and are apt to use that kind of goblin in some instances in the future.  We wanted something a little more vicious, a little more frightening.

This is the kind of guy I don’t want to mess with.

Now we were moving a little closer into the realm of “this guy looks like he would chew the flesh off your bones.”  And not even because he’s hungry.  He’d just do it for fun.  The goblins of Tellest are kind of like the flipped side of the coin that orcs are on.  They’re battle-tested, hardy and worthy enough foes for just about any other race.  I knew we had the right look, so we moved into the next phase, which was a full body concept. 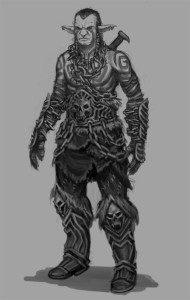 And you thought their faces were scary.

We had a couple of different options, including a more robustly armored version of the goblin, but we wanted them to appear almost tribal in their appearance, as putting the goblin and orc side by side should really give an insight into how they compare and contrast. Again, here our goblin model almost looks somewhat like an elf in some ways.  The sideways pointed ears are a little more animalistic than the upward, classic ear shape of Tellest’s elves though.

Finally, we’ll look at one of our choices for the final sketch that would lead to a painted version: 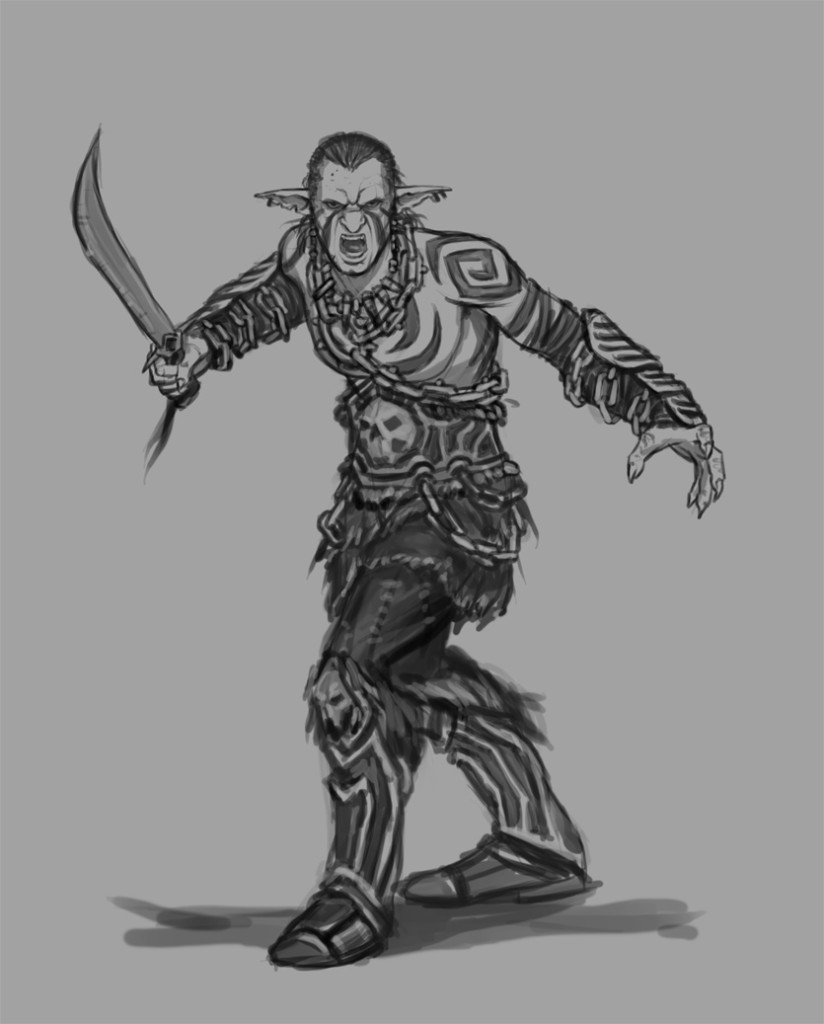 This one is our runner up.

We’ll return in a couple weeks to show you the final piece, in all its glory.  Paul has done an insanely good job with all these concept art commissions, and the goblins are no exception!