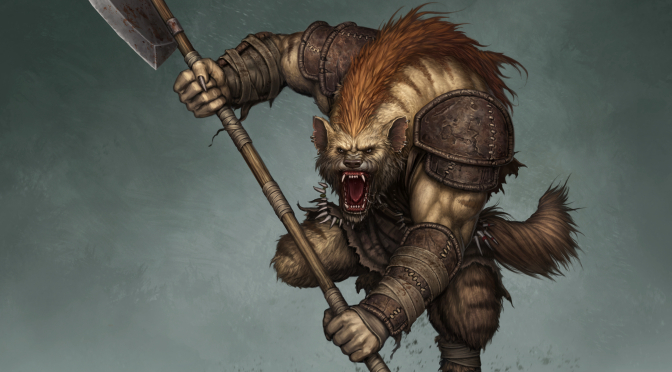 Hi there everyone!  A few weeks back, we showed you the start of the Tellest gnoll.  They’re big, scary brutes, but we only showed you the initial phases of their conception.

Since we’ve stuck pretty close to the prime races in the Tales of Tellest series of novellas (with the exception of the goblins involvement in Awake), we knew that we were going to be moving away from the races that made the most sense logistically.  The gnolls aren’t necessarily that involved in the Tellest lore just yet (but that’ll change soon enough).  Still, since our focus has been on those prime races, that gave us freedom to move around quite a bit.

We’re showing you, today, the version of the gnoll that we really loved, and that means we were going with something dynamic, as we’re ought to do: 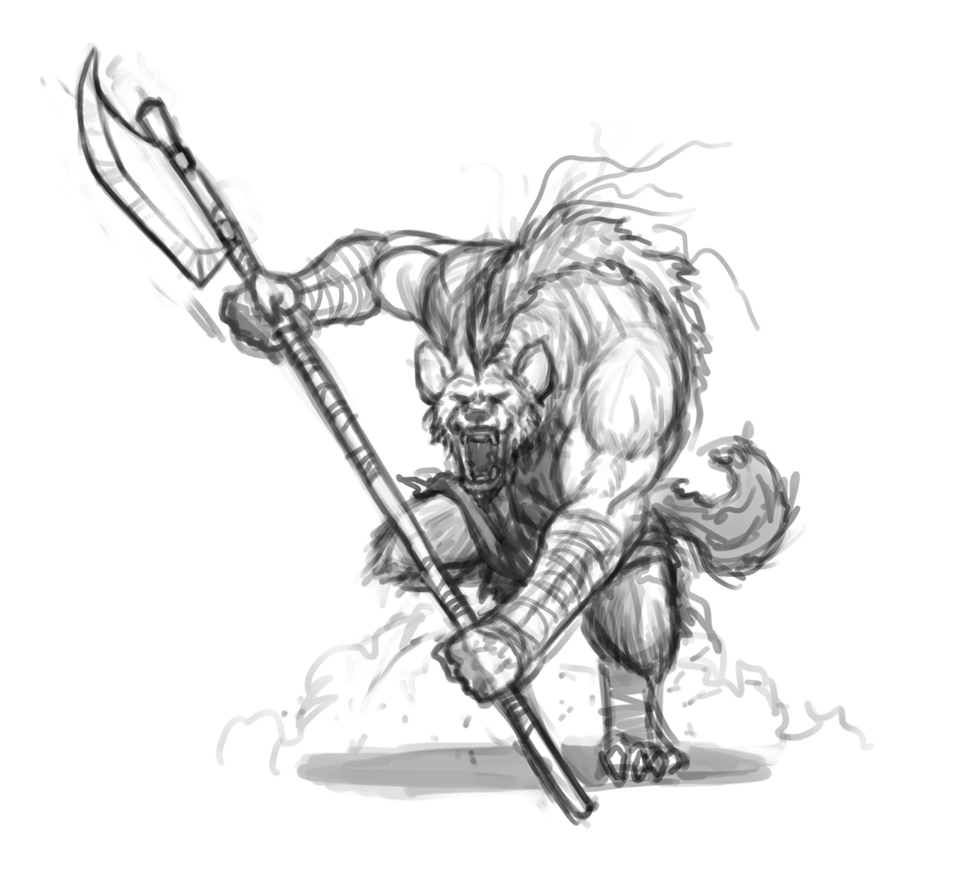 This was still considered the sketch phase, but it gave us a good indication of what the final version of our snarling, mean gnoll was going to look like.  After that initial anatomy was laid out, we had to consider what he was going to wear. 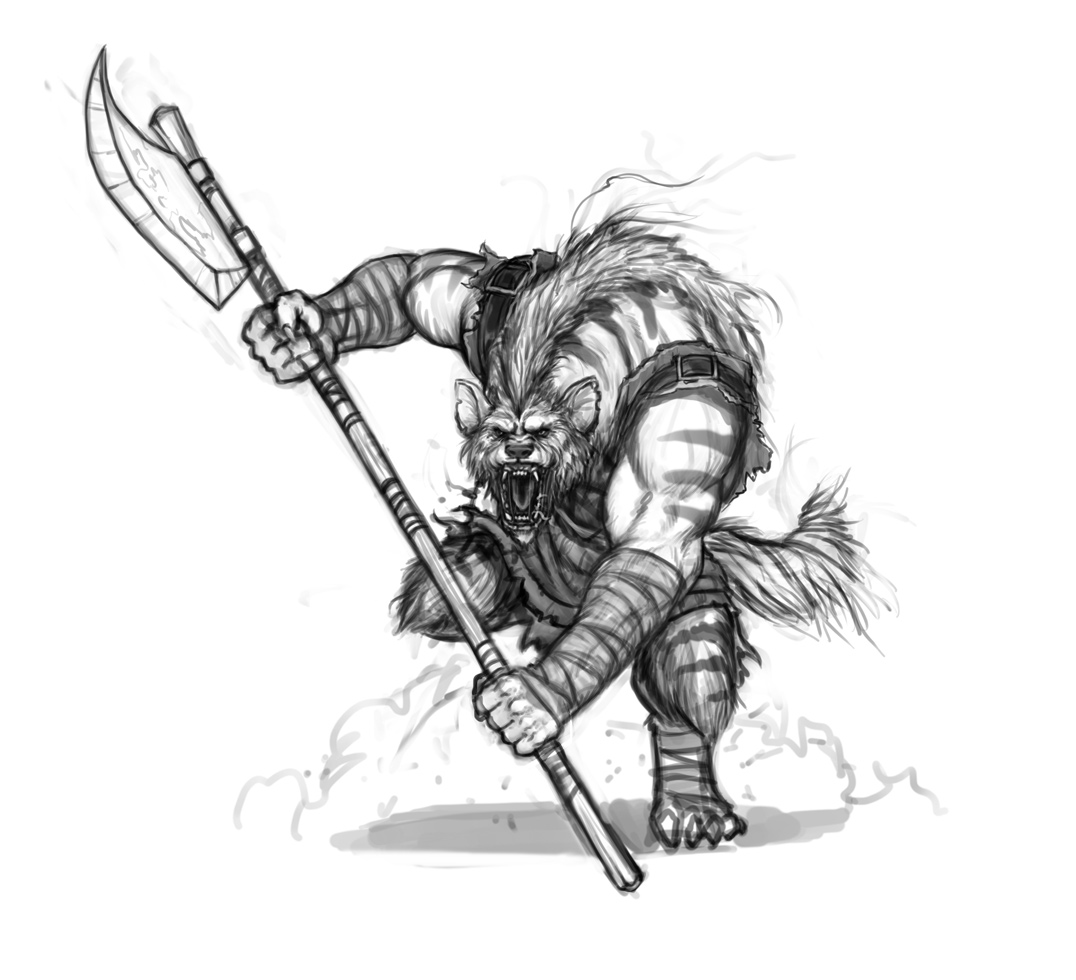 This version of the character took us one step closer to the concept that we really liked.  He has a little more clothing, some better markings, and hair that looked more complete.  But it still paled in comparison to the armored look we had next. 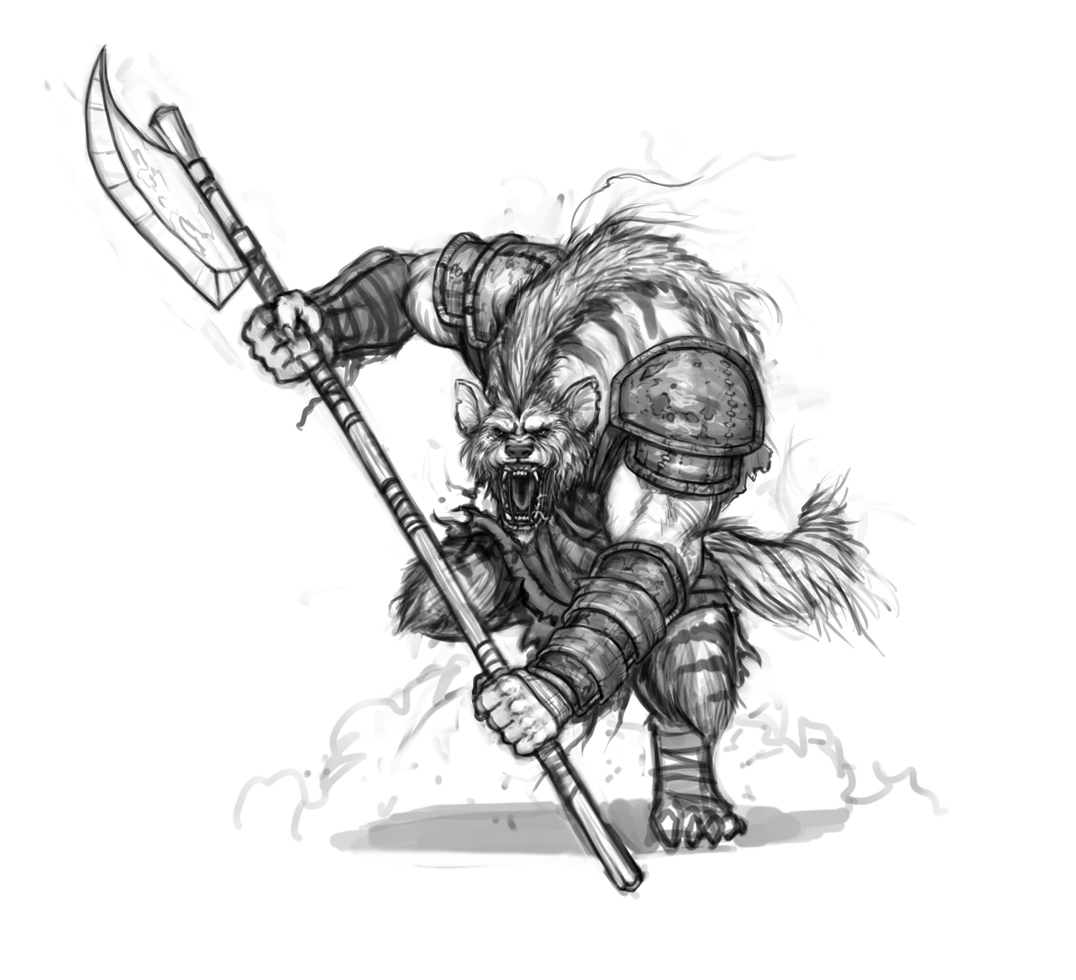 We liked this version for a couple of different reasons.  For one, it gives him a little more character.  Sure, he’s savage, but he’s not an idiot.  He know’s that a little bit of armor can go a long way.  Those shoulder pads also help to rein him in a bit and make him look a little less imposing overall, but just barely.

And then of course we had the beautiful colored version of our snarling savage.  Paul did a great job with this, to the point where we want to make this character into someone permanent.

And though we don’t have a dedicated backdrop to dump this gnoll on, we did manage to cobble together a variation with one of Dena Helmi’s backgrounds.

That’s it for the gnolls, but word on the street is we have a formidable foe for them coming within a few weeks.  Stay tuned for the new race soon!