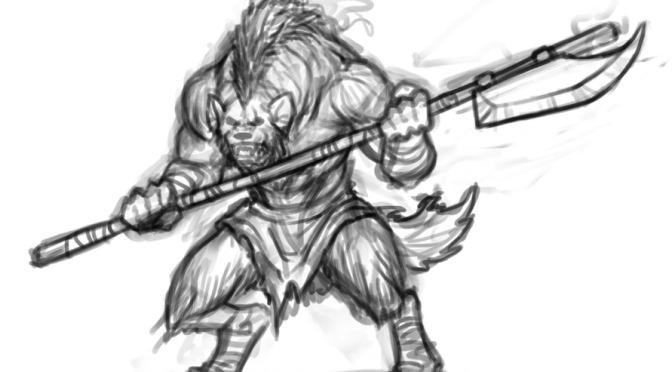 It feels like it has been forever since we had some Paul Davies art featured on this site.  Let’s remedy that today!

While our last two pieces had some solid footing in logic – we wanted to post orcs and goblins to highlight their differences, and give a good look at the enemies in Awake – our next pair is going to be of a more animalistic nature.

Today, we’re bringing to you the concept pieces for the gnolls.  Very much a trope of classic fantasy, the hyena-like race doesn’t change too much in Tellest.  The big differences come from more recent fantasy adventures, like World of Warcraft.  In that title, the gnolls are minuscule little buggers who are easily dispatched.  You wouldn’t want to run into a gnoll (or worse, a pack of them) in the middle of the night. 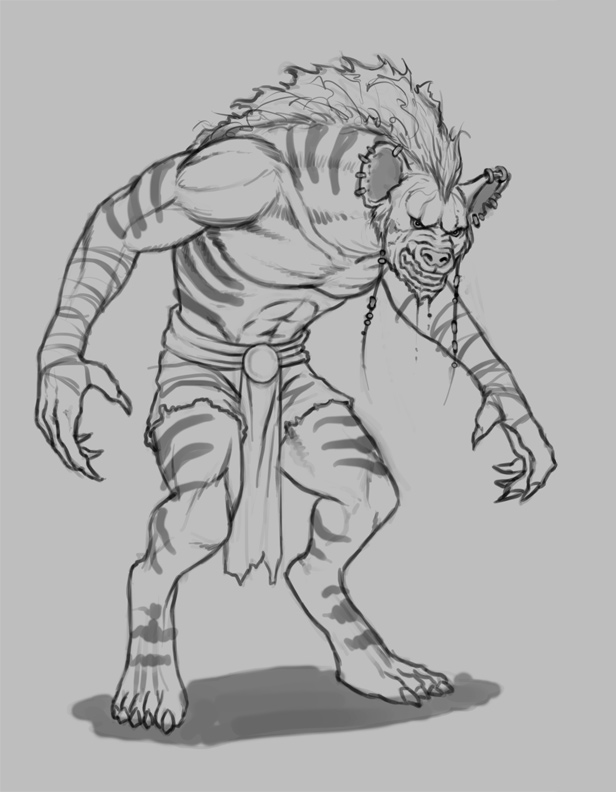 The first thing that we wanted to do was establish their physical presence.  Gnolls are tough as nails, and they’re easily one of the stronger races on Tellest.

Still, we thought we could go stronger… darker. 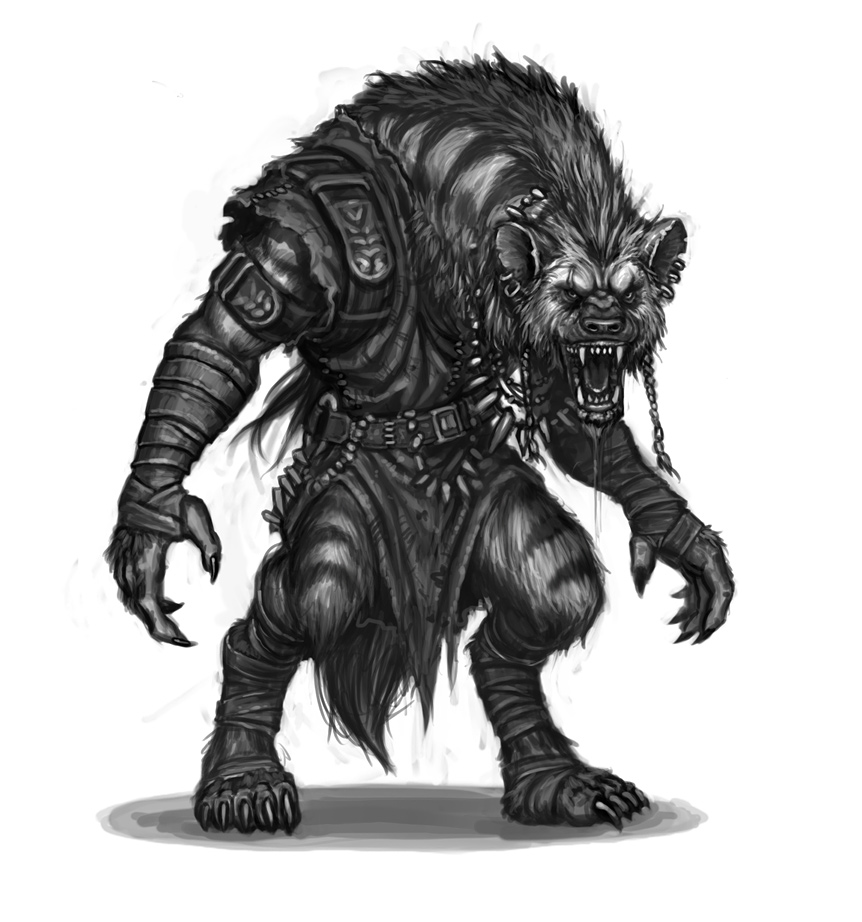 This version of our gnoll has a little more personality.  That whole not being naked thing definitely works out for him.  He’s a little more jovial, too, yet that somehow doesn’t make him seem any less sinister.  Plus, this one has a mean ol’ bushy tail.

Since we knew we had what we liked, it was time to move onto the pose selection.  This was the one that we decided against: 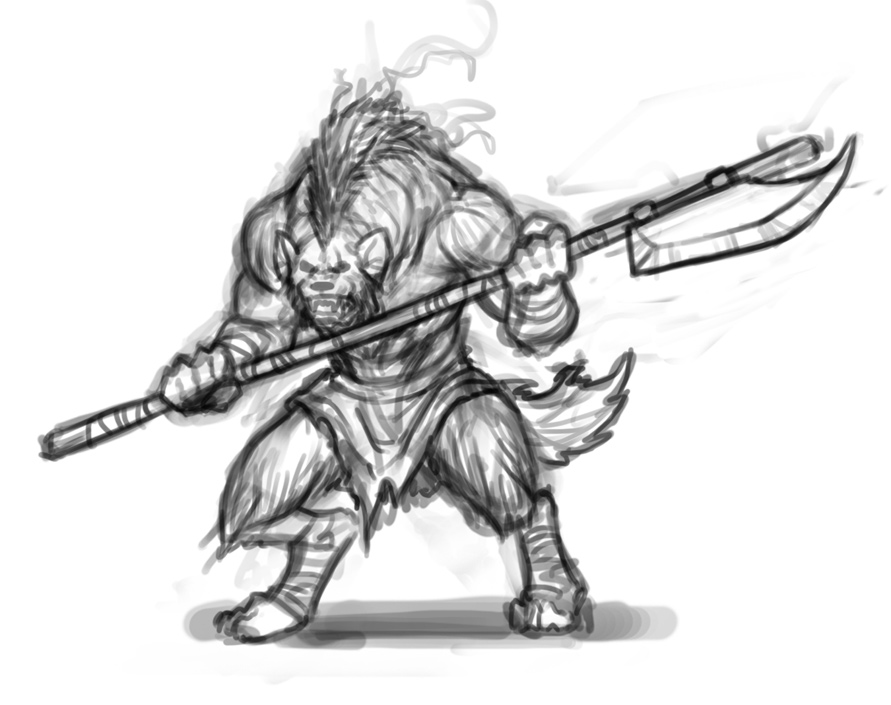 I always regret saying no to any piece of art I get, but I know this one would have looked absolutely fantastic.  We simply decided that we wanted to stick with the dynamic look of the other more savage races that we had presented thus far.

You’ll see the pose we chose, along with the rest of the process in a few weeks.  It’ll be a Thanksgiving treat!