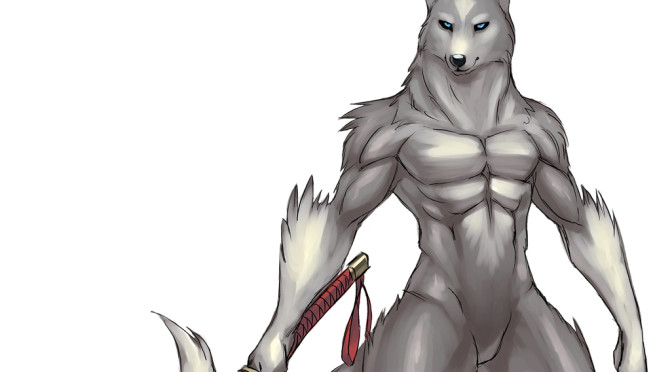 So, uh… it’s time to let the cat out of the bag.  Its been a little while, so if you haven’t read The Bindings of Fate, or As Darkness Falls, and this news creeps up on you, I apologize.

Dirk, our hero’s canine companion… he’s a werewolf.  I know, it’s shocking.  But no less so than the awesome job that our new artist, Luigiix did in capturing his appearance.

As is usually the case, we started with a rough sketch.  You can see Dirk in his bipedal form, complete with his katana, Fenrir. 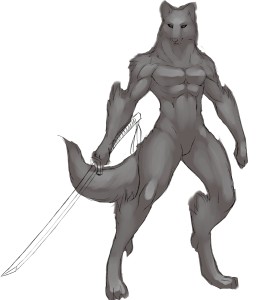 After that, Luigiix put a more substantial look together.  The shading isn’t exactly there yet, but he’s in one piece, and looking more like a western werewolf than something out of an Egyptian setting.  After that, he put some finishing touches on him. 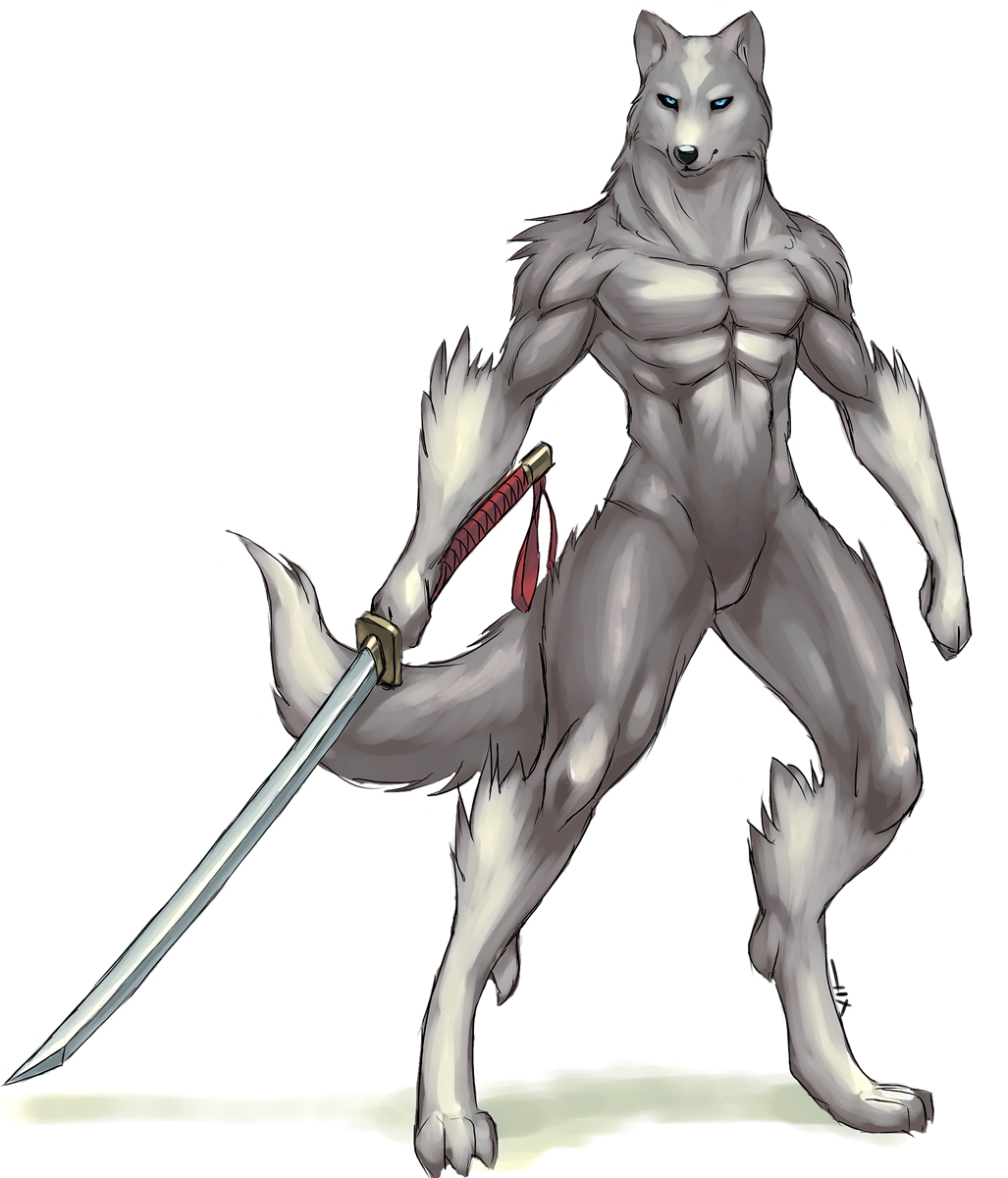 Dirk has become a fan favorite, and it’s not exactly a surprise why. He’s strong, loyal and dependable, and he’s awesome to boot! Thanks to Luigiix for his awesome interpretation!