Bolt was a character that was very near and dear to me.  Toward the end of The Enemy Within, I knew there weren’t going to be too many new characters that I was going to introduce.  The trilogy was coming to an end, after all.  But at the same time, Tellest exists as a kind of grand narrative.  Bolt fits into the world a lot better than you’d think upon first read, and even if you read the Son of the Storm novella first, you’d get the first hints of this.

Therefore Bolt was brought to the front line for new art. 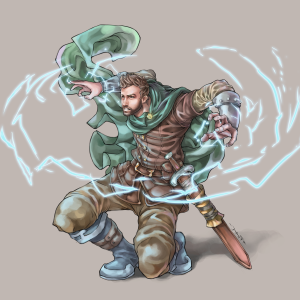 I should also mention to you that as much as Kaos Kreegan was loosely based off of me, Bolt was based off of my younger brother – my initial audience.  Had I not had a younger brother, Tellest might have grown in a completely different way.  When he found out that I had developed a character on him, it really made his day, and he went the extra mile, commissioning this character’s artwork, as well as two others that you will see in the future. 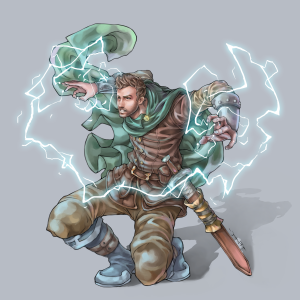 Here’s to Bolt, who we certainly haven’t seen the last of yet. 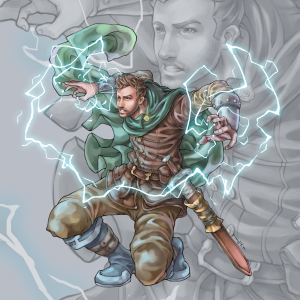