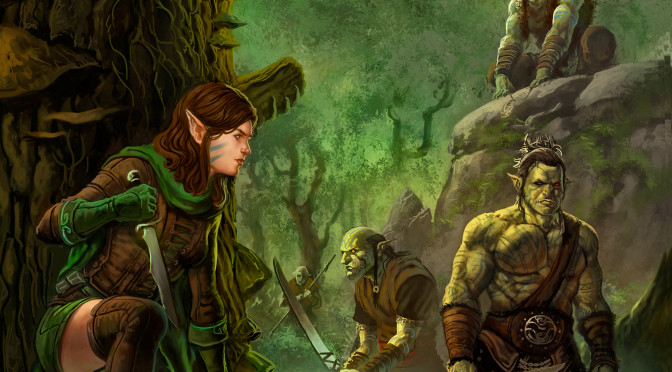 Hello everyone!  With Awake about to release next week, I thought that there would be no better time than today to present to you the full cover of the novella and the process that we took to get to our great final piece.

As we are known to do, we relied on Leo for his expertise and great eye, and he did not disappoint us in this regard.  Awake was interesting in that it was a very confident, strong leading lady, who didn’t really have to stand in the background and sling spells to really get her point across.  Venathryn is an in-your face kind of heroine, even though she does prefer to use a bow and arrow.  With that in mind, we wanted to really put her into the thick of it.  Surrounded by enemies, sorely outnumbered – it’s just the way she would truly operate.  As always, Leo lined us up some sketches. 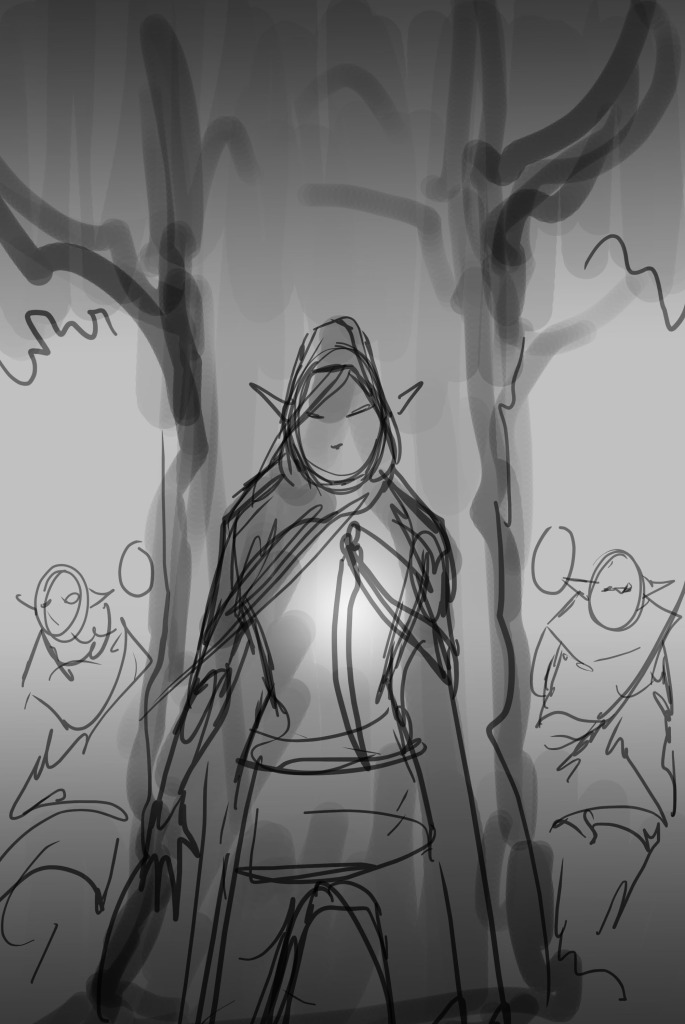 This one could have been perfect.  It would have brought a lot of focus to Venathryn and I know it would have really popped, but we weren’t sure we liked this best when we saw the other ones that followed. 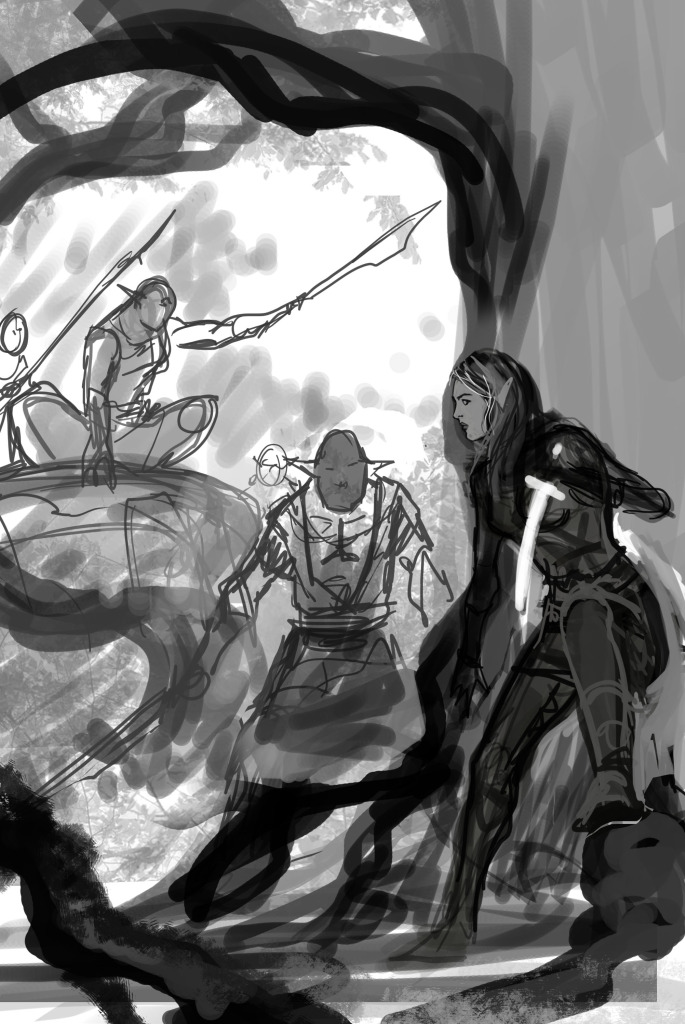 Now this one was more our style.  Though Venathryn is more ranger than rogue, she’s not averse to hiding in the shadows and dealing out the damage covertly. 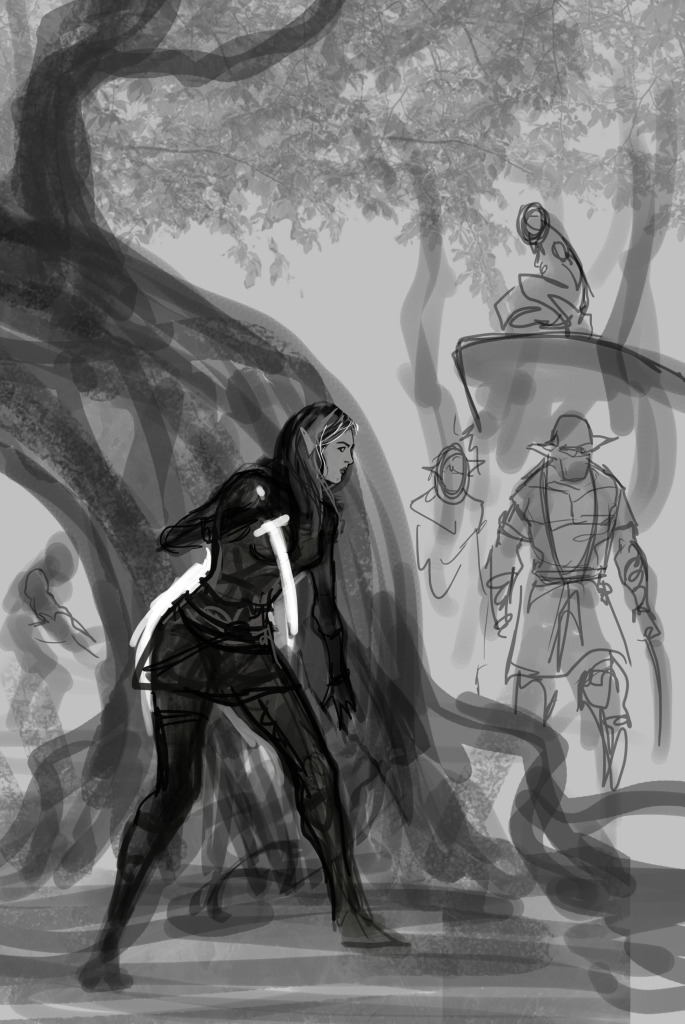 Very similar to that second sketch, this one seemed to evoke more of a “we know she’s here” vibe.  It almost carries a sense that she’s already done a bit of damage to the goblins, and that they are doing whatever is in their power not to be set upon.  With our choice made, we moved onto the next phase. 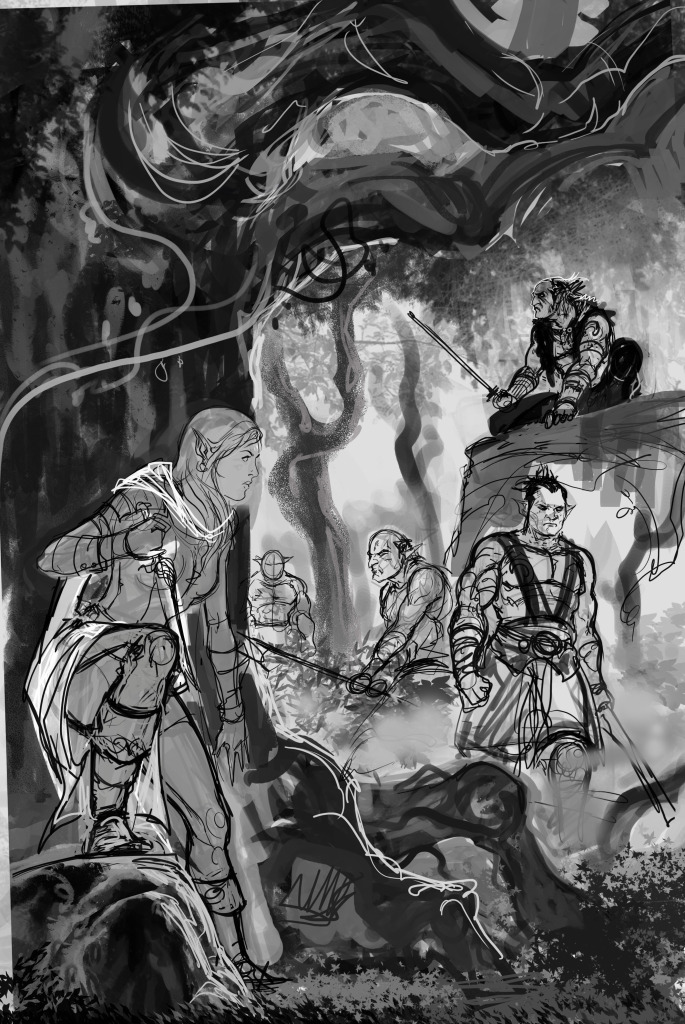 At this point, we started marrying ideas from both of the second sketches.  She’s a little more discreet, but she’s still ready to pop out at the last second and inflict a little pain on her pursuers.  And of course, by now, we saw just how formidable her foes were. 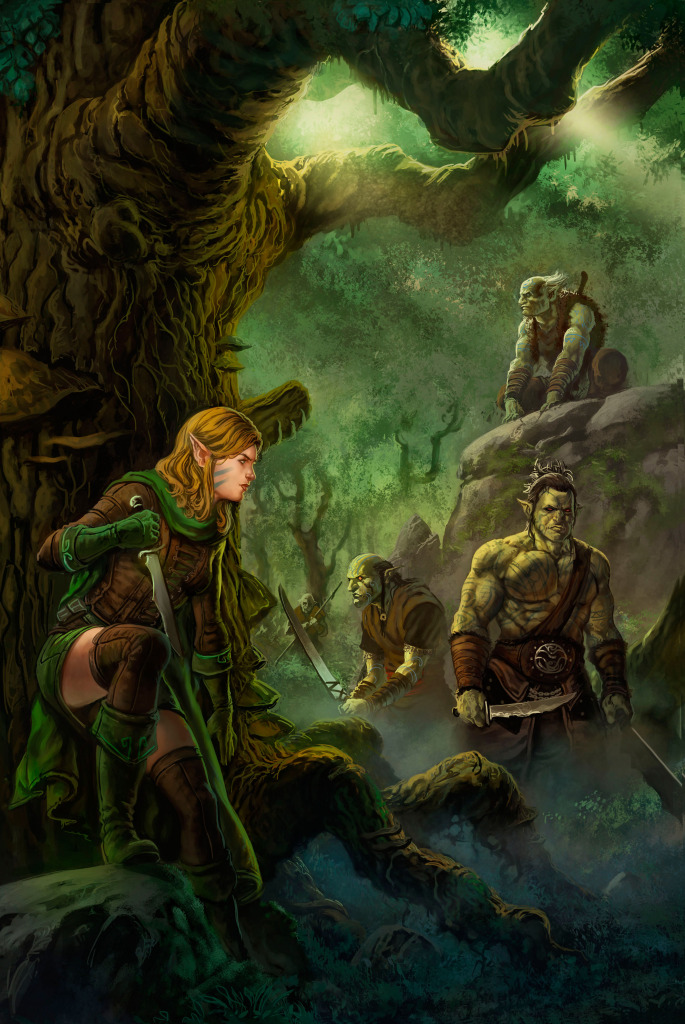 There we go.  Now we really had something.  The cover for Awake was nearly completed, and everything came together wonderfully.  When this goes to virtual print on Amazon, it’s really going to gather up attention.  There was just one last change we had to make. 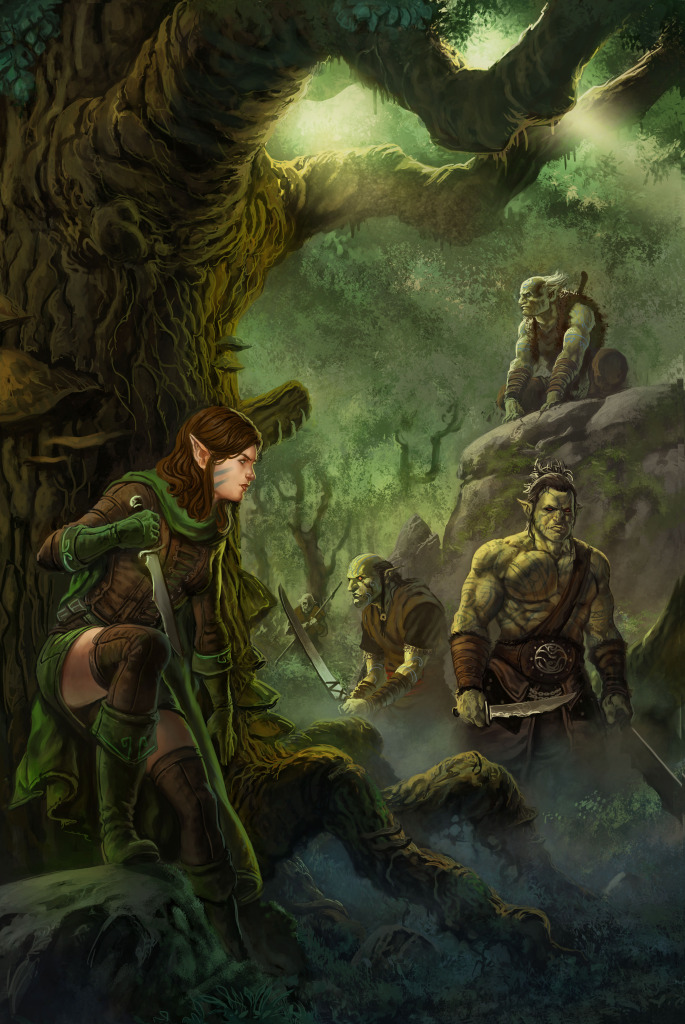 Venathryn is a brunette!  It probably wouldn’t have been too jarring, but we wanted to make sure Venathryn wouldn’t be confused with her cousin Narallyndra, the other big female presence of the story.  With her hair dyed, we finally had our cover completed, with the exception of the titling, with Paul did an amazing job on.  Check out the book on Amazon next Tuesday!