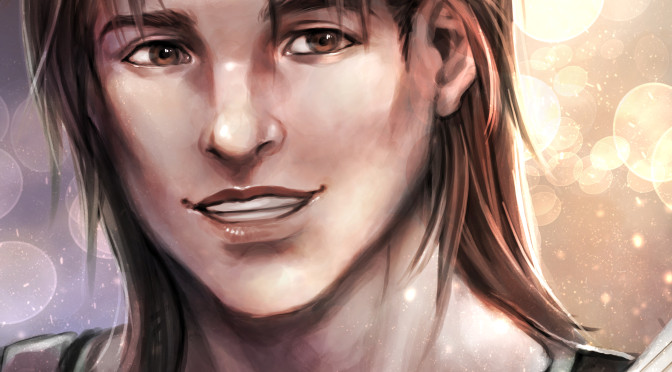 We’ve got a nice new collaboration with RedPear to show off, which almost completes our look at the main heroes from The Bindings of Fate.  Seriously.  So close, I can taste it.

This week, the hero who gets the treatment is Anson Fysis, our bard-turned-guard captain.  He’s got this positive outlook on life that carried him through some incredibly hard times, and Anson has shown time and time again that his indomitable mirth makes him a force to be reckoned with.

As always, in capturing such a thing, we started off with a black and white sketch. 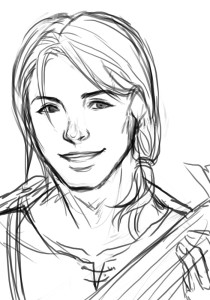 We determined that, while Anson starts off his journey kind of like a country bumpkin, we wanted to move away from the ponytail business a little bit.  We loved the lute though, so we kept that in further revisions. 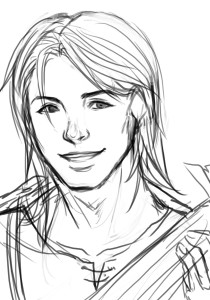 After we moved on with the unkempt variety of Anson’s look, we of course set out to see the awesome-ified version that Pear always takes us to. 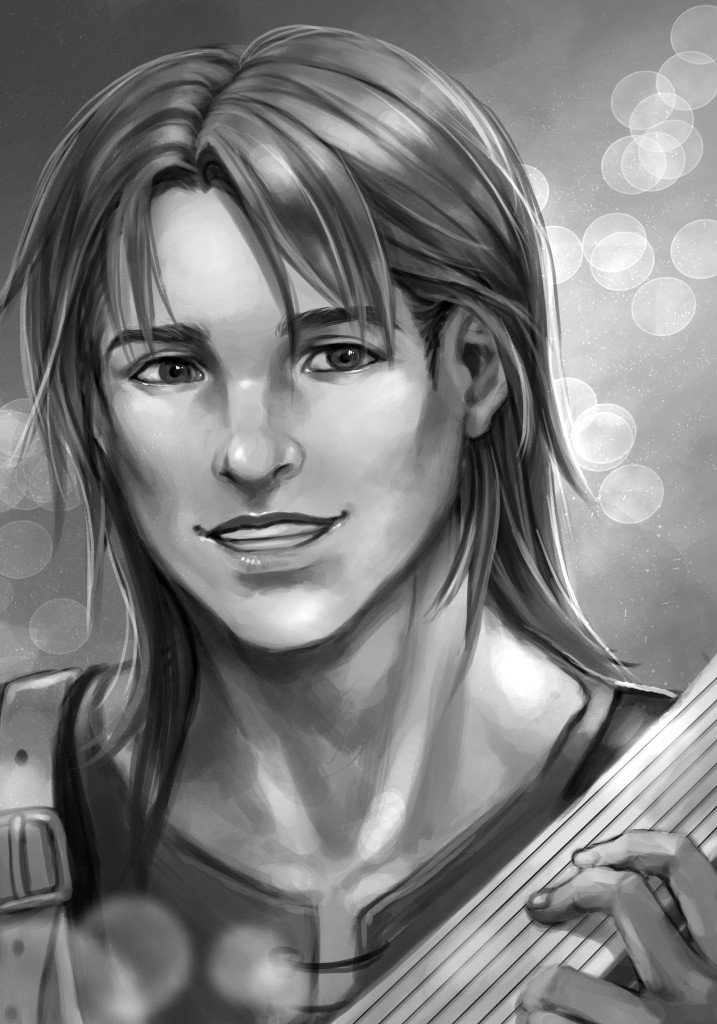 There were some things that were altered here: most notably the nose, which was made a bit rounder.  Anson was actually a character that had been formed by the inspiration of a childhood friend – he named the character and everything.  And while Anson has evolved so much over time that the original character is lost beneath thousands of pages of text ever since, I think this version of the bard still captures a lot of that original essence.

The colored version of the piece is even more impressive, as we’re bound to expect from the talented RedPear by now.  She did a great job on Anson, and we can’t wait to show you one or two last pieces from this collection!