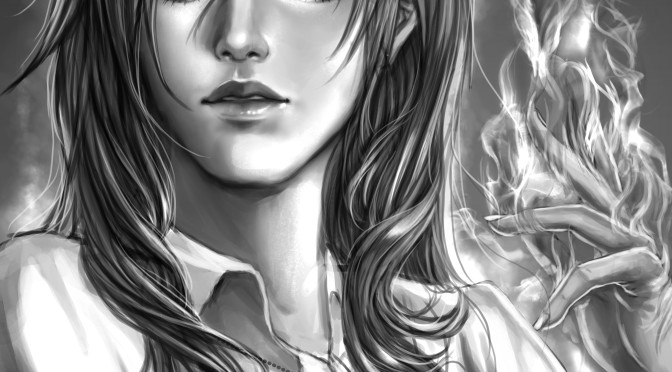 Once again, we are looking at one of the characters of Tellest with a different lens.  Alicia, the duke of Atalatha’s daughter, is one of our female protagonists, and we’ve got RedPear’s interpretation of her today.

Alicia was important to get right, because there are so many different interpretations you can make of her.  She’s got so many different layers to her that in can be hard to distinguish what and who she really is.  She’s strong but she can give into her emotions quite easily.  She’s fierce but she’s vulnerable.  She can be arrogant, and sometimes incredibly humble.  I think that what we have to show you today captures a bit of the stronger side of her, but I’ll let you decide.

We started with the possible poses: 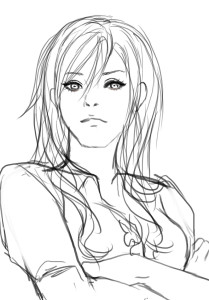 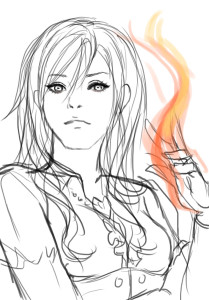 For the sake of this project, we chose to work with the version that had Alicia demonstrating her fire magic.  For a lot of the other characters, this would be difficult to do since their weapons are typically bigger than a small flame like this.

After that, we moved into the next phase of the creation. 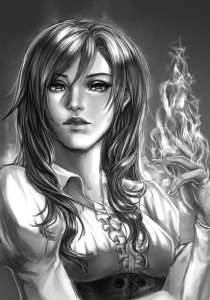 I personally think that this looks like it could be the cover of a manga.  It is just so gorgeous, and she did an excellent job capturing her.  As is par for the course with RedPear, she also provided us a color tinted version of the final piece: 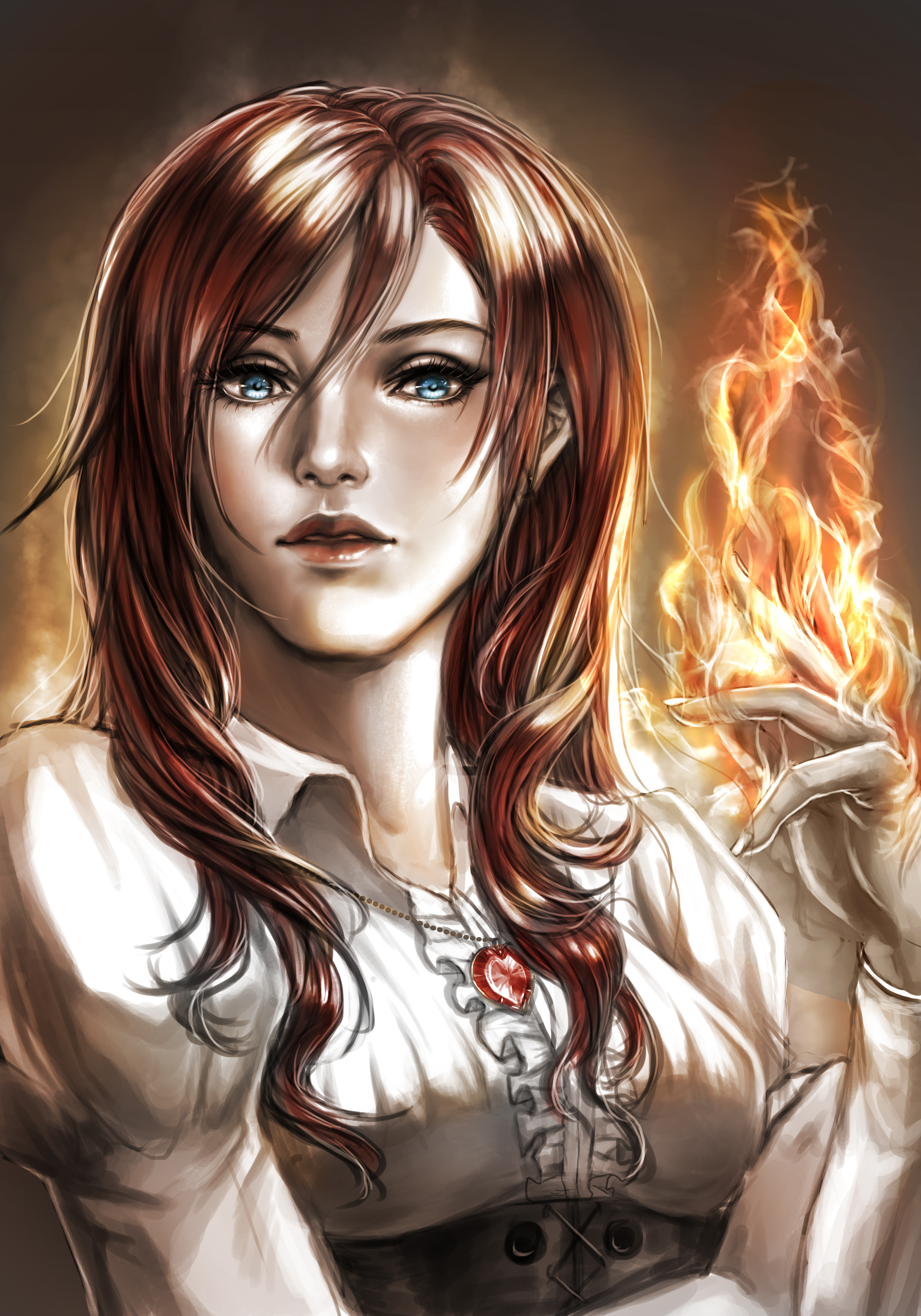 Here, you can see even more flames in the background, and that reflects a little on her hair.  She’s not actually a redhead, but the tint of the piece makes it look like that.  And this interpretation also highlights one more important component of the work: the ruby heart that Alicia wears.

We’ll be back with more work from RedPear in the next couple of weeks!