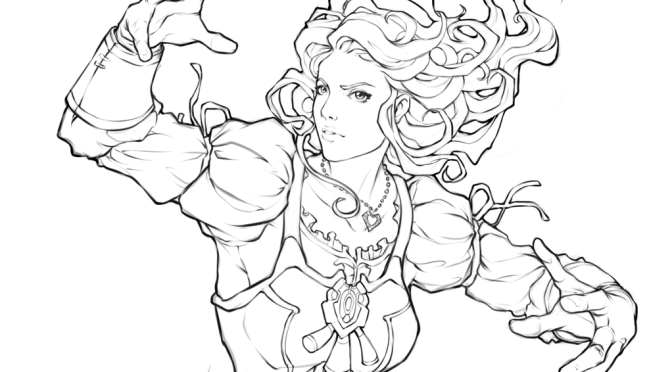 It’s been almost a month since we last put some focus on Joman’s work, so let’s bring it back!  Today, we’ll be showing you the initial sketches and work on Alicia, who’s been getting pretty popular around here lately.

As usual, we started with some poses. 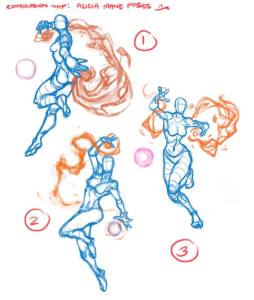 These were all very dancy, but it’s in line with what we’ve come to expect from Joman and his work. We chose pose 2, because we felt it best demonstrated both of her magics at the same time. 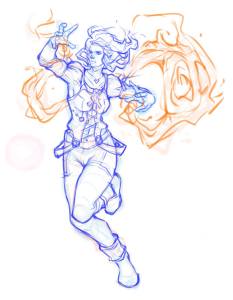 Sometimes, there’s some confusion between the artist and the commissioner, so Joman thought we chose pose 3. I liked it so much that we stuck with it.

She’s a lot more expressive in this version. This also further enforces how great Joman is with outfits.

Next week you’ll see just how impressive it looks with Alicia’s magic included.  We only chose to use fire for this interpretation, but I think that makes it pop that much more.