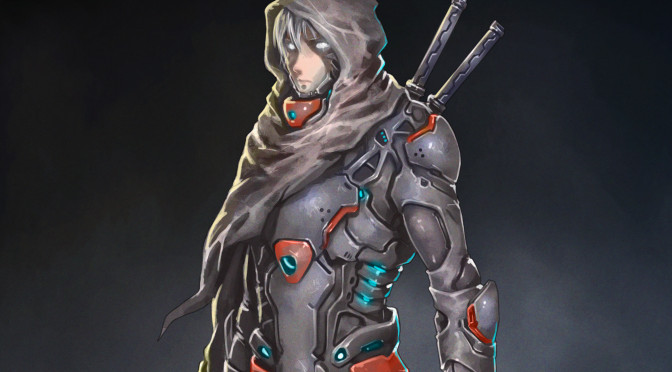 Hey there folks.  We’re just about ready to wrap up the April Fools’ stuff.  There’s just one more after this week.  In the future, we’ll probably try to consolidate it all into one post, but there certainly was a lot of stuff involved with this joke!

We’re going to look at our last mech pilot of the group, which in this case happens to be Holklund Crescentshire. 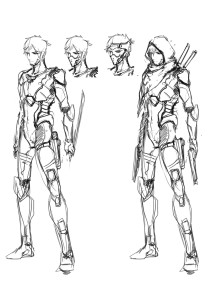 We opted to go with the hooded version of our pseudo-ninja character.  Holklund plays a thief in the Tellest Legends timeline, but in the Tellest 3000 timeline, we kind of envisioned him as a little bit of Raiden from Metal Gear Solid. 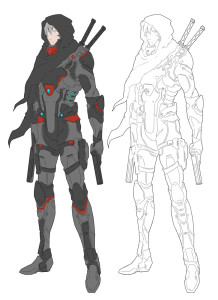 Even with that splash of color, he still looks like he’s utilizing a lot of robot / mechanical tech.

But once we have all the bells and whistles, you can see he still somewhat embraces his past life as well.  Holklund wields two handguns for close combat, but he also has two swords on his back in case he wants to get even more personal.  And he still does that crazy thing with his eyes here too! 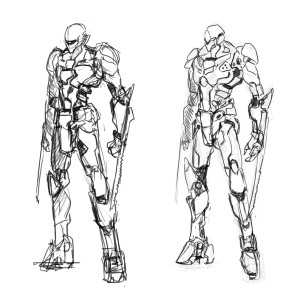 Sepulcher’s Claw was meant to be the natural evolution of Holklund. With two massive extending wristblades, this mech is agile and quick, and will get right up on top of you and cut you to pieces.

Just like with Steel Tip and the Spectrum, we opted for similar coloring between mech and pilot here.

We really dig what Sepulcher’s Claw became.  It’s definitely a formidable mech, and something that Holklund would surely enjoy driving about to save the world he loves. 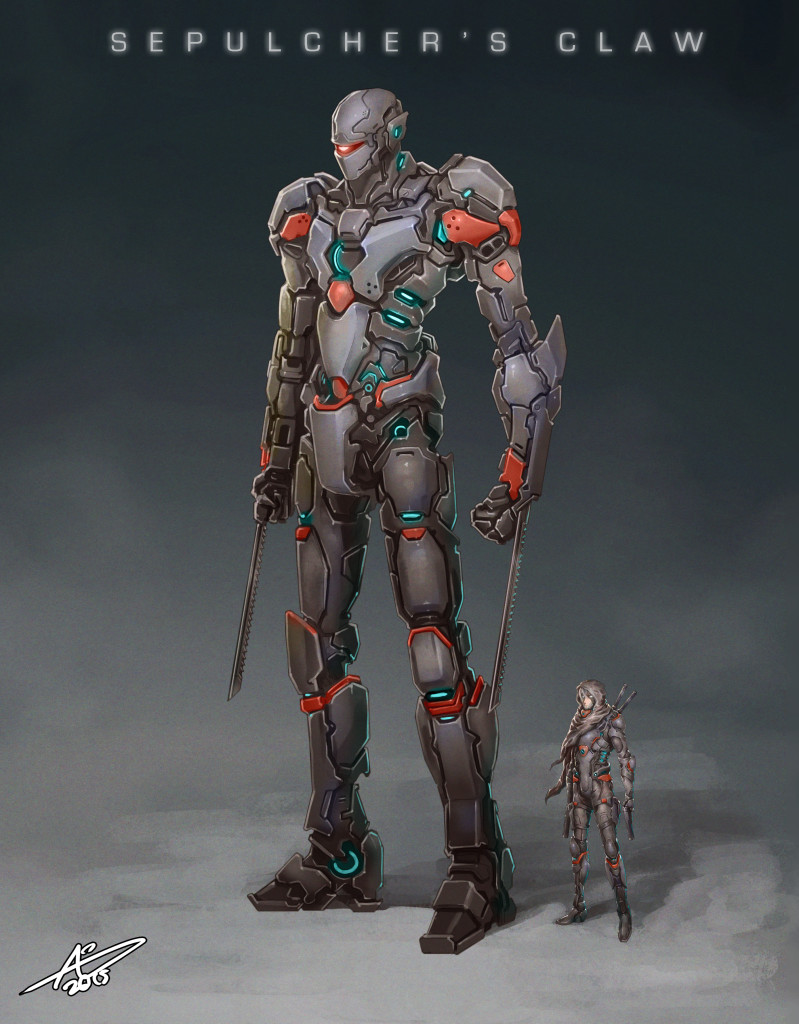 And then of course you have mech and pilot together.  Ai did a great job with this set, and we’re so happy for that collaboration.

We’ve got one more pair of characters to show you, and then we’ll start thinking about next year’s April Fools’ joke!