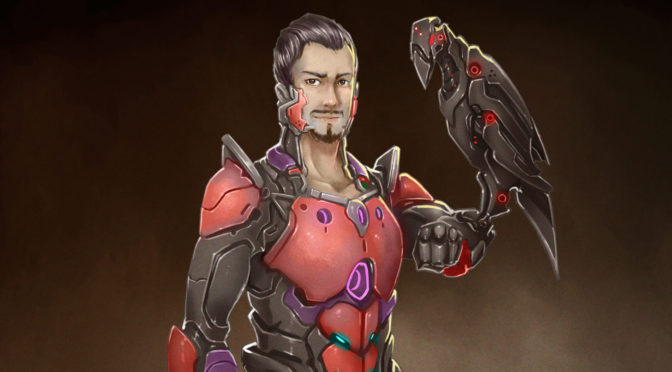 Hey there folks.  This is our last post on April Fools’ for this year. Promise!

Today, we don’t have any mechs, so we’re just going to really quickly show you our last two characters.  We decided to go with Adelia and Juramentado, because we thought it’d be cool to see what casters would look like in the future: 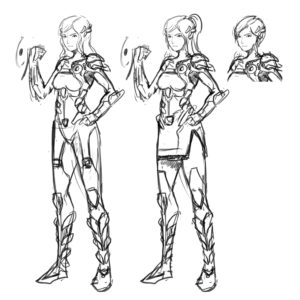 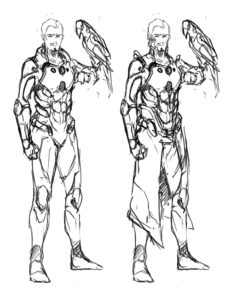 Marwan gave us a few different choices to work with, and we moved ahead accordingly: 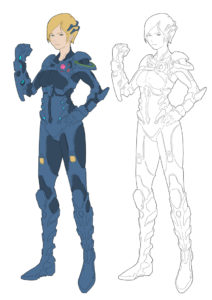 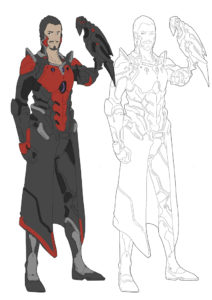 We opted for a pseudo-pixie cut for Adelia because we thought it spoke more for the time you’d see in the future.  Juramentado, on the other hand, kept his cowl, because it made him look more badass.

Adding a layer of shine really made the characters pop.  You can see here that they both kind of have accessories.  Adelia is summoning a shield on her arm, and Juramentado has a trusty raven companion (mechanical, of course).  We kind of rethought each of these characters as tinkerers and scientists in this spinoff. 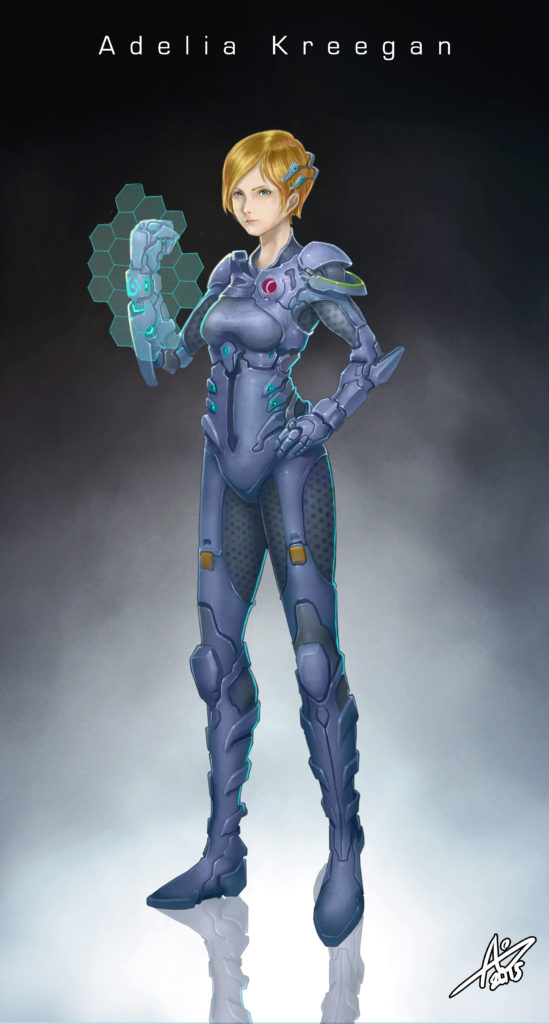 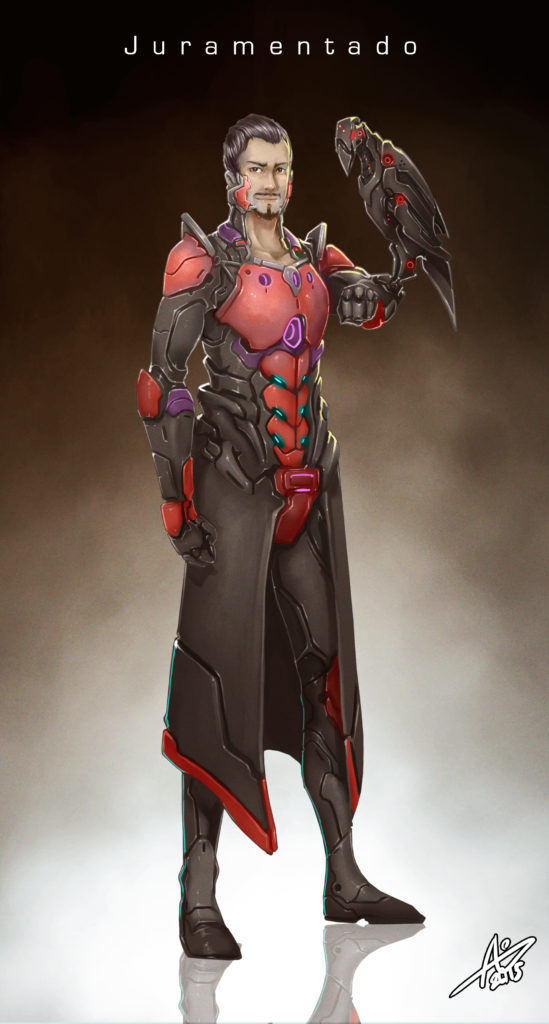 And there you have it.  Both characters in all their awesome glory.

We really hope that this April Fools’ joke panned out to be as entertaining for you guys as it was for us.  We had a lot of fun with it, and we hope to do more goofy things like this in the future!